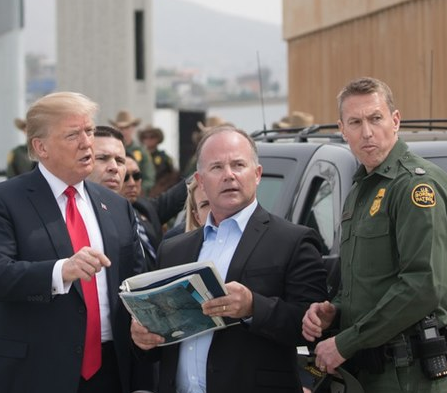 The 9th Circuit Court of Appeals on Friday ruled that President Trump’s use of emergency powers to allocate millions of dollars in funding for the construction of a southern border wall was illegal, the latest blow to the Trump administration’s effort to limit immigration, reports The Hill.

In the 2-1 decision, the court upheld a December 2019 district court summary judgment in favor of a request from the advocacy groups the Sierra Club and the Southern Border Communities Coalition against Defense Secretary Mark Esper, acting Homeland Security Secretary and “all persons acting under their direction … from using military construction funds appropriated for other purposes to build a border wall.”

The previous judgment was also made in response to a separate filing from nine U.S. states, including California, Colorado and New York, to stop the construction of the border wall.