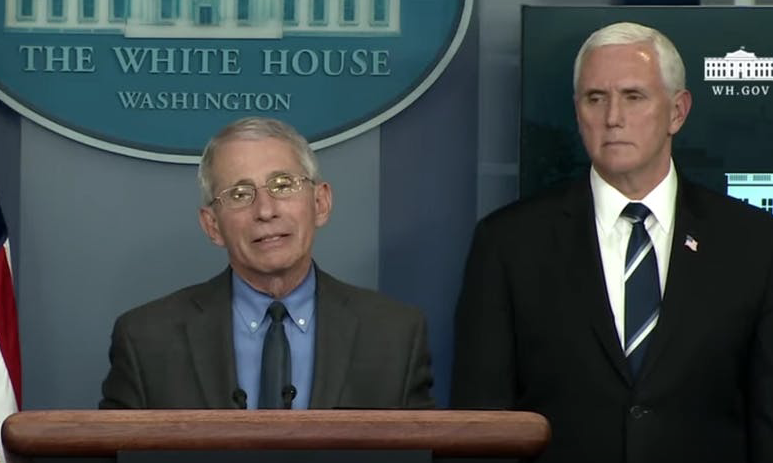 Dr. Anthony Fauci, one of the most prominent members of the White House Coronavirus Task Force, praised the “incredible courage and dignity and strength and activism” LGBTQ people showed during the HIV epidemic in the face of “extraordinary stigma,” reports LGBTQ Nation.

He made the comments while standing right in front of Mike Pence, one of the country’s best known sources of anti-gay stigma.

Fauci, as one of the country’s foremost infectious diseases experts, has spent the better of his career fighting HIV.

“During that time, there was extraordinary stigma, particularly against the gay community,” Fauci said at a press conference yesterday, as Pence looked on.

“And it was only when the world realized how the gay community responded to this outbreak with incredible courage and dignity and strength and activism — I think that really changed some of the stigma against the gay community, very much so.”

“When you’re in the middle of a crisis, like we are now with the coronavirus, it really does have ultimately shine a very bright light on some of the real weaknesses and foibles in our society.”