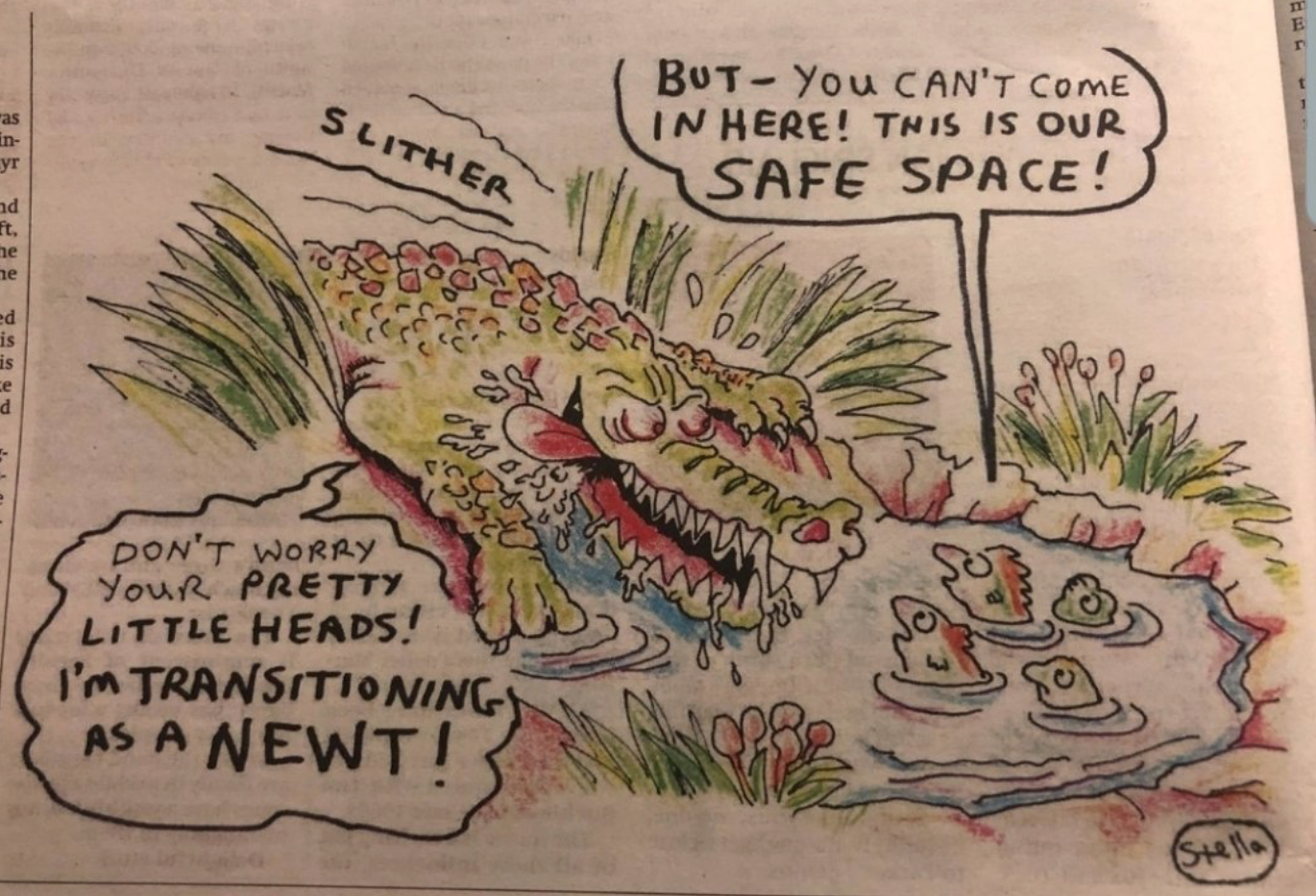 The Morning Star, a British daily newspaper, has been condemned  for publishing a cartoon branded as “dehumanising, facist” and “transphobic” in both its online and paper editions, reports Pink News.

Illustrating a group of newts bopping in a pond, a crocodile then “slithers” into the scene. One newt says: “But you can’t come in here, this is our safe space!”

“Don’t worry your pretty little heads,” the crocodile responded, “I’m a transitioning as a newt.”

In the wake of widespread criticism, The Morning Star issued an apology. A staff representative described how the media venue published the cartoon without first authorizing it and was removed once seen by the editor.