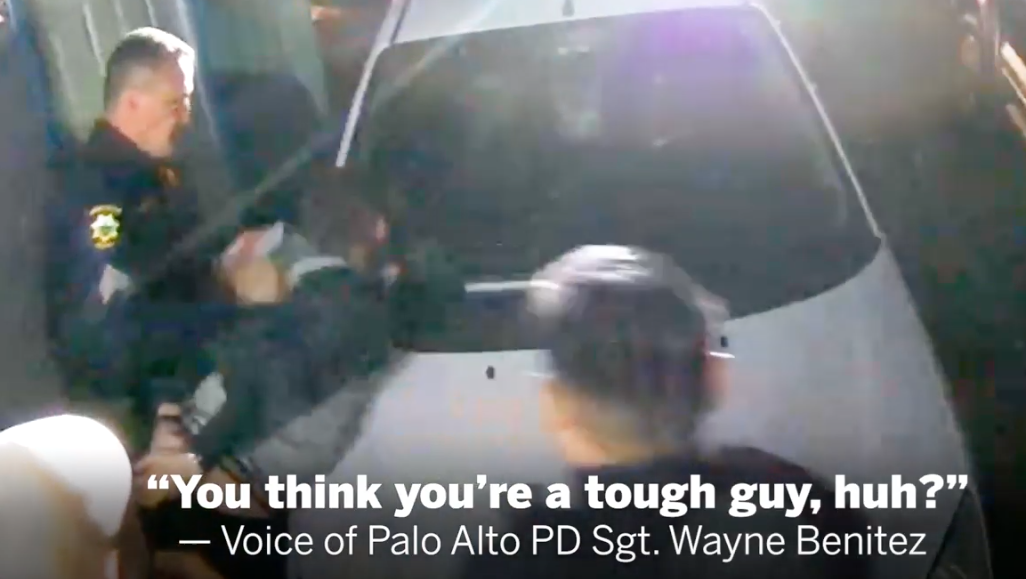 A California police officer was put on leave earlier this year after he was recorded hitting and berating a gay man. Now, he’s retired and receiving a pension of over a hundred thousand dollars a year, reports LGBTQ Nation.

Gustavo Alvarez filed a federal lawsuit against the Palo Alto Police Department this past April, alleging that several officers – including Sgt. Wayne Benitez – used excessive force when he was pulled over and arrested in February 2018.

The incident happened when Alvarez was being arrested for allegedly driving with a suspended license. Benitez and several other officers broke his door, arrested him, slammed him against a car and made him bleed. Benitez even threatened to make him bleed more if he continued to complain. He believes this happened partly because he is gay, as the officers made several homophobic comments about him during his arrest, reports LGBTQ Nation.

A judge later dropped the charges due to a lack of evidence, and after initially declining to release the video of the attack, Alvarez’s lawyers were able to release it in July of this year.

Sgt. Benitez was placed on administrative leave by the department, but was still allowed to officially retire after 19 years on the force. He is now receiving a $9,866 monthly pension payout, part of his $118,600 a year retirement package, according to the California Public Employees’ Retirement System.

The arrest was caught on a disturbing video from a camera that Alvarez had set up in front of his house.