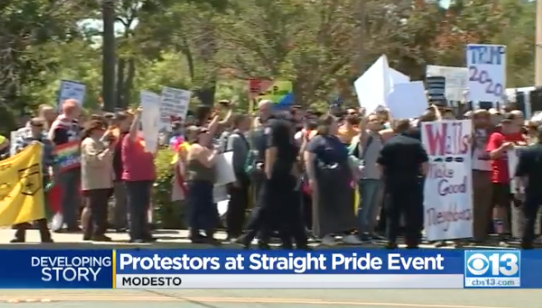 While organizers of Saturday’s straight pride rally in Modesto had envisioned an event that would draw several hundred people, the rally turned out to be a few dozen people gathered in a barn, which was cut short by the venue’s owner, followed by a protest in front of Planned Parenthood, which was closed, reports The Sacramento Bee.