Ah, The IRONY! Trump’s Tariffs Will Cause Bible Prices To Skyrocket! | The Fight Magazine 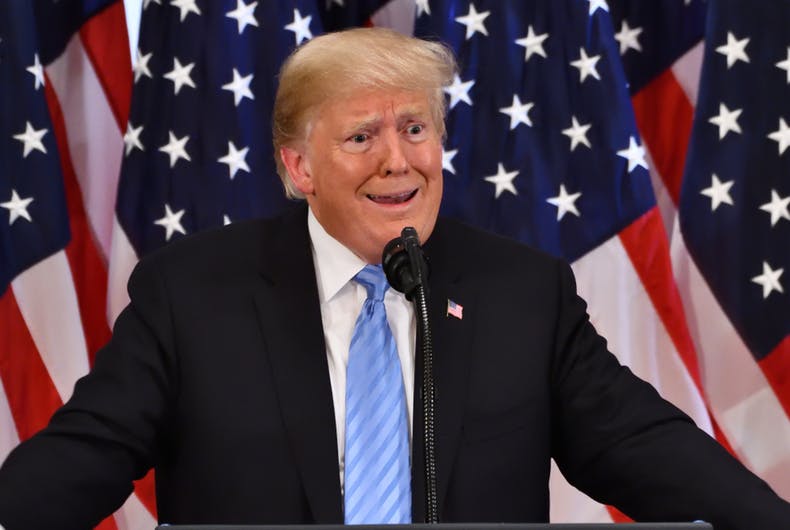 China is the world’s largest manufacturer of Christian Bibles. That means that most U.S. bookstores purchase items made by Chinese manufacturers before selling them to consumers, reports Daniel Villarreal at LGBTQ Nation.

President Donald Trump, a darling of evangelical Christian voters, has been threatening a trade war with China since his 2016 presidential campaign and recently announced tariffs of 25 percent or “much higher” on Chinese goods. Among the goods that’d be affected are printed materials and thus, you guessed it, Bibles.

This is particularly ironic for two reasons: First off, 81 percent of evangelical Christian voted for Trump in 2016, and now he poses the single greatest threat to their central religious text, reports LGBTQ Nation.