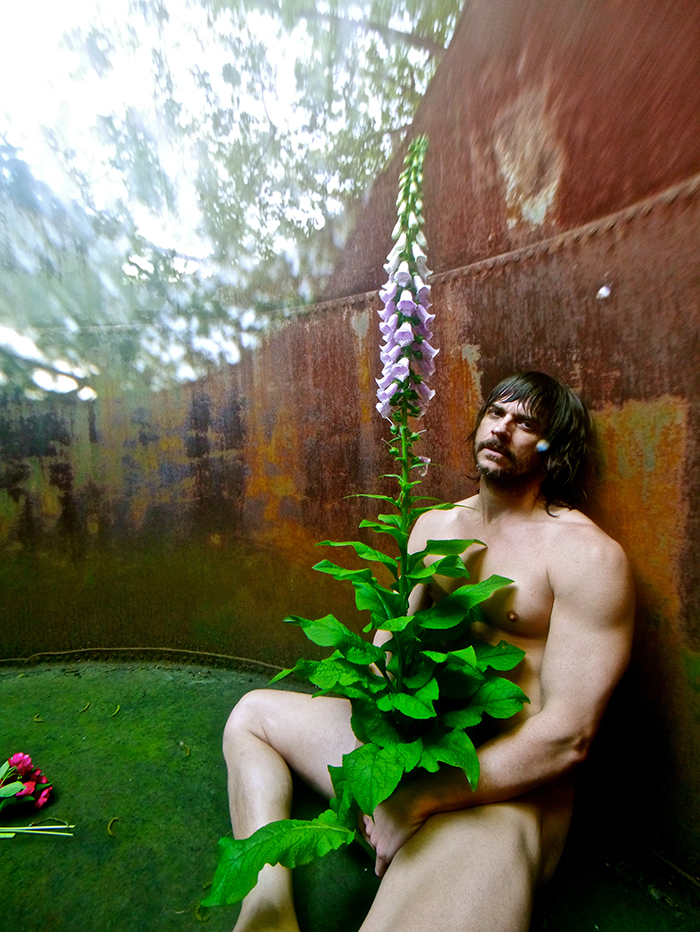 New York duo Fischerspooner (musician Warren Fischer and video-artist and theater performer Casey Spooner) emerged on the music scene in 2001 with their debut album #1 and soon became the kings of the short-lived but beloved “electroclash” genre through the mid-2000s.

Through three albums and their flamboyant, over-the-top live shows that married performance art, fashion, visuals and pan-sexuality to the music, their flagrant influences are now felt all around us. Yes, I’m talking to you, Lady Gaga! Their just-released new album Sir was well worth the 9-year wait, and they’re performing two rare live shows in Southern California this month: March 15th at The Fonda Theatre in Hollywood and March 16th at The Observatory in Santa Ana. I chatted with the affable Mr. Spooner about their fabulously infectious, danceable, and wholly queer new record.

Listening to Sir I feel like it literally speaks to me and my experiences directly, as a longtime, out gay man. There’s nothing veiled, no pronouns changed, and there’s explicit themes about cruising and having gay sex etc. I assume that was your goal with the record?

Indeed it was. I knew when we started writing that I wanted to make a queer record, and I wanted to clearly represent my experiences as honestly as I could. It’s really hard to write about sex or sexuality and not have it sound trite and stupid. I also wanted it to be respectful of gay culture, and to express that not all our relationships are about monogamy or happily ever after. A profound sexual experience can be a one night stand, or not even a whole night! (laughs).

We are living in very scary times politically. Did you feel a need to be extra loud, extra queer, and extra sex positive in such an oppressive environment now?

Yes, absolutely! That is the point. Some of my family is very conservative, and I recently said to them, “Listen, y’all voted for Trump. So you go that way, and I’m going this way!’ And if everything is headed towards Neo-Naziism and hyper conservatism, then I have to be mega hyper super “Fuck you!” and be as queer as humanly possible!

Bravo! Speaking of which,“Discreet” sounds like the most salacious Grindr profile come to life. What inspired that?

“If everything is headed towards neo Naziism and hyper conservatism, then I have to be mega hyper super ‘Fuck you!’ and be as queer as humanly possible!”

Tell us about your personal and professional relationship with Michael Stipe, who co-wrote and co-produced the album.

We met on the dance floor at the 40 Watt Club in Athens, GA in 1988. I was 18 and he was my first gay lover. I was very nervous and inexperienced, and he’s very proud that he took my virginity! (laughs). It was also a very creative relationship, and he gave me the confidence to pursue being an artist, too. But he was an ascending rock star and I was young and romantic, so it was very tumultuous. But we’ve remained friends and we’re ‘family’ at this point.

What did Michael bring to the making of the album?

I really admire your very strong sense of melody and song structure. Who were some of your musical idols or influences?

I would name Grace Jones, Les Rita Mitsouko, Madonna. Or it could be David Bowie one day and Ariana Grande the next day! And that sometimes makes Warren cringe. He’s such a music aficionado, and I’m more democratic about all types of music. I also spent a lot of time on Fire Island while making the record as part of my “gay research” to understand how gay men connect to female artists and diva archetypes. So I’m also trying to create male archetypes who can be as expressive as women.

Do you or Warren feel any pressure from your earliest fans to continue to carry the electroclash torch?

There is a certain kind of pressure to try to satisfy that audience, but all I do is focus on the present and try to evolve our core aesthetic ideas. One of the big goals of Fischerspooner was this element of us imitating entertainment while participating in it. And nowadays, Instagram is our “entertainment” so you really have to embrace digital culture.

What can people expect during your short US tour?

It’s going to be like the show we did at Brooklyn Steel recently. Great lighting, great sound, a range in the set list of old and new, and an exciting and sexy queer cast!