End Of An Era | The Fight Magazine 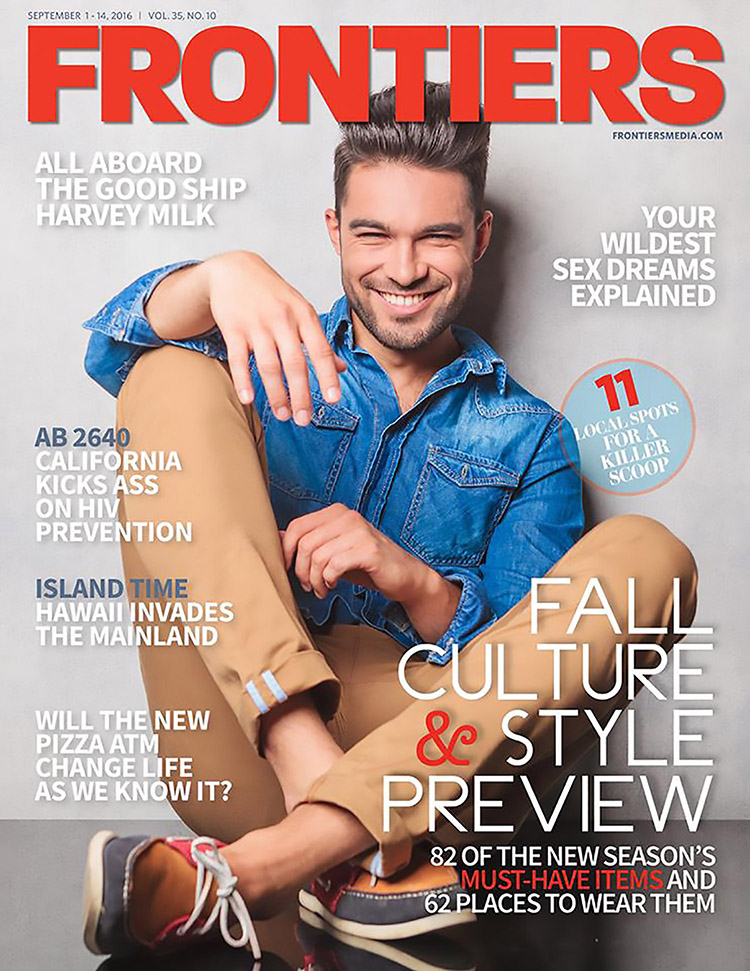 In its heyday Frontiers was a queer institution, and in many ways the beating heart of the Southland’s LGBTQ communities.

The staff of Frontiers magazine has been laid off, and its future remains in doubt as a loan deal secured by parent company Multimedia Platforms Worldwide (MMPW) over the summer has reportedly fallen apart and assets have been seized by a Massachusetts court order, according to South Florida Gay News.

Bobby Blair, the CEO of MMPW (which also owns New York nightlife magazine Next, and publications in Florida) has told employees the company is in “suspension,” and has publicly stated that he intends to legally challenge the court order.

“I felt honored to be part of such a storied institution, and my time at Frontiers was a priceless education.”

But even if he is successful, or another buyer steps forward to rescue Frontiers, it would almost certainly be with an entirely new editorial staff. It would mean the end of an era in LGBTQ media.

One of the longest running and most well respected LGBTQ news publications in the country, Frontiers was founded by Bob Craig in 1981 shortly after The Advocate made the jump to national publication. And with the addition of News Editor Karen Ocamb a few years later it quickly became regarded widely as “Southern California’s LGBTQ Publication of Record.”

Under Craig’s leadership the magazine aimed to be a tribune of L.A.’s gay community, speaking on behalf of gay men and always championing their interests, even when they conflicted the wishes and opinions of local advertisers.

It was also a platform for communication
for queers of all stripes, playing host to personal ads and missed connections long before Craigslist and Grindr rose up to take their place.

When the Plague Years hit, Frontiers was quick to take up AIDS as a community issue, and was fearless in its coverage. Regularly holding the City of Los Angeles accountable in its handling of the crisis, it was often the only source Southern California’s Gay and Lesbian community could turn to in an era when the decimation of our people regularly went unreported in the traditional media.

Frontiers was among the first gay publications to attempt to publish comprehensive obituaries for the AIDS dead, against the early objection of many owners of gay bars and clubs. And it was an early champion of West Hollywood city-hood, in many ways shepherding the ideal of an inclusive city, a sanctuary from the predations of the LAPD, run by queers and minorities.

Personally, news of Frontiers’ probable passing has hit me particularly hard. Growing up in San Diego, it was probably the first gay publication I ever read. As a young faggot struggling to find his identity, I found it to be both a lifeline and a window into a world I could scarcely imagine—a world that seemed free, and unapologetic about its gayness. It always seemed to reliably push back against those voices calling for us to pull the drag queens and go-go boys off of our Pride floats and get “respectable.”

Many years later (and much to my astonishment) I would find myself working at Frontiers. First as a regular contributor to the publications national HIV blog, Positive Frontiers, under its founding editor Alex Garner. I was an activist with no college degree and only a couple of years of journalistic experience, I never expected to have a real career as a writer. But Alex patiently taught me how to choose my stories and hone my voice.

Alex was one of the first voices to champion PrEP to the gay community, and when Alex accepted a position in the non-profit world, then-publisher David Stern took a chance on me, first naming me as Alex’s replacement at Positive Frontiers and later associate editor of Frontiers proper, where I attempted to maintain that struggle as part of Frontiers DNA.

I felt honored to be part of such a storied institution, and my time at Frontiers was a priceless education. Working under Editor-in-Chief Stephen Horbelt I learned all I could about the painstaking and often less than glamorous work of piecing a bi-weekly publication together. And I taught myself all that I could about the craft of hard journalism by observing News Editor Karen Ocamb.

In recent years Frontiers has struggled. The combined forces of the near economic collapse of The Great Recession and the rise of digital advertising hit the publishing industry—and particularly LGBTQ media—exceptionally hard. Floundering in the new economic realities, the magazine went into bankruptcy where it was purchased. First by Michael Turner, who moved Frontiers away from its roots as a hard-hitting, news-driven publication and toward a more broadly palatable “lifestyle” magazine. And then sold it to Bobby Blair’s MPWW, who added it to his burgeoning, scandal-ridden (and ultimately short-lived), gay media empire.

With its legacy of in depth political reporting, honest examination of the ever evolving LGBTQ experience, and unflinchingly fearless coverage of issues such as the AIDS Crisis, PrEP, and the struggles for gay and trans rights, Frontiers was a queer institution, and in many ways the beating heart of the Southland’s LGBTQ communities.

The apparent death of this once well respected community publication has already inspired much predictable handwringing about the “dire future of LGBTQ print media,” but Frontiers’ great failing was being unable to adapt quickly to a changing media environment.

And when it did finally pivot, an ever shifting series of names at the top of the masthead with very little connection to the community moved Frontiers’ focus away from the interests of the people they hoped to serve.

The end of Frontiers is the end of an era, but the continued success of publications like THE FIGHT prove that there is a place for magazines that find their voice and stay true to the communities that they aim to represent.