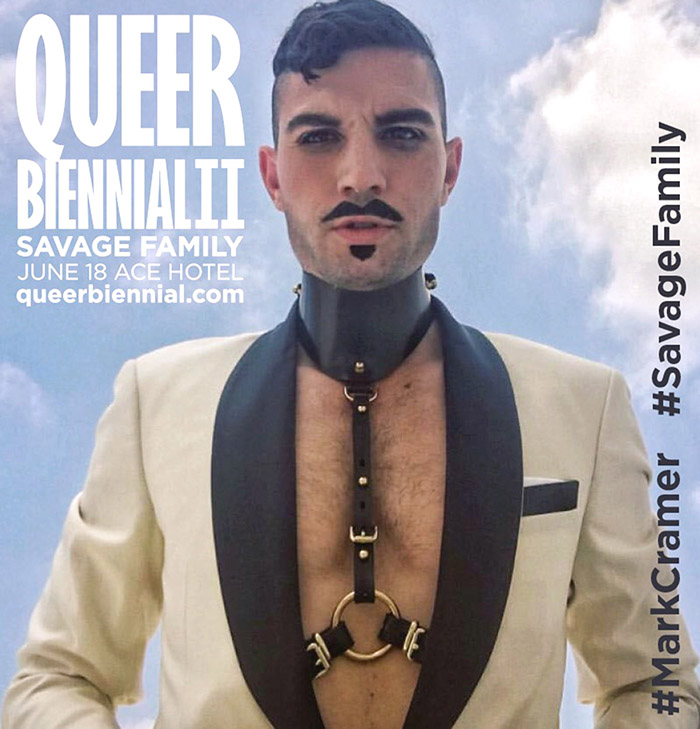 We cannot make any steps forward without looking backwards. We cannot evolve from nothing.

There has been a great deal of controversy and press regarding the changes that have been made by Christopher Street West (CSW) and LA Pride. While there isn’t much that can be done for this year’s festival, there is a great deal that we can do personally—and as a community—to set our intentions on a better path.

I was contracted by Pride from 2012-2014 as their Art Programmer as a direct result of the community’s desire to create something more than just a party. In that time, I curated Momentum, Riot I and Riot II under the banner INSTALL:LA. These were the first large-scale, installation and performance art exhibits to ever be featured at the festival, culled from our shared history and from every corner of our storied rainbow. This was made possible by the festival’s executive producer, Jeff Consoletti, who recognized the importance of the COMMUNITY that this event was intended for.

Needless to say, I was disheartened to find articles regarding Christopher Street West’s new plan for this year’s LA Pride to move away from art, cultural and historical programming, and towards a younger, prettier, music-driven event. Not only has the organization isolated the generation that made all Prides possible, it’s robbing a new generation of its own historical context. Is it any wonder the queer community – a sub-culture almost completely devoid of any kind of history or rule book for its youngest members—has clinically documented issues with getting older?

The second we become less than the picture perfect model of cool, in shape, sexually viable versions of what the trending masses aspire to be, we gloss over the past. We erase where we came from in order to reestablish who we want to be.

When I met with Chris Classen and Craig Bowers this past January with the intention of continuing on with CSW, I was shocked to hear of what was to come. Among other derogatory comments made by these board members during this meeting, I was told that, “There’s a new regime now. Whether people like it not we are changing. Pride cannot be everything for everyone.”

When I asked about what that meant for the art and heritage exhibition the answer was clear: “Nobody cares about [these exhibits].” He continued, telling me that Pride is the wrong place for this venue and this level of engagement and thinking for the attending audiences.

After taking some time to reflect on this meeting, and to speak with those at CSW whom I admire and respect for their well-placed efforts, I decided not to work with CSW this year.

Regarding Classen’s statement: “Pride cannot be everything for everyone” one must ask then who is it for?

We cannot make any steps forward without looking backwards. We cannot evolve from nothing. We cannot allow ourselves—young or old—to be ignored as a community because a single organization, or possibly a single person, decides we need to move on or in another direction. If history has taught us anything, it’s that queer people love to fight—to stand up, act up and rise above this kind of marginalization.

It is with this spirit that I have been working with Queer Biennial II, a month-long celebration of LGBTQ/Out arts and culture, which will be taking place all over Los Angeles during the month of June [Ed. Note: see “One City, One Pride,” on pages 64-65]. I also plan to call the community together at the end of our Pride Month to discuss the future of LA Pride.

I want to be clear that I do not discredit the hard work done by so many at CSW or the City of West Hollywood. I worked with many people who acted on behalf of the community and continue to champion that which is in all of our best interests. I want to eliminate divisiveness between our subcultures and to open the channels of communication for everyone to be a part of a unified understanding of what Pride means in the City of Los Angeles. Not only is it our collective responsibility to maintain inclusivity throughout every faction of our community, but it is imperative to educate the younger generations on our history and respect our queerness. In a time where acceptance is becoming more common and integration into mainstream culture grows, we need to work harder to maintain our Queer identity while fighting to shed these last pieces of shame collectively.