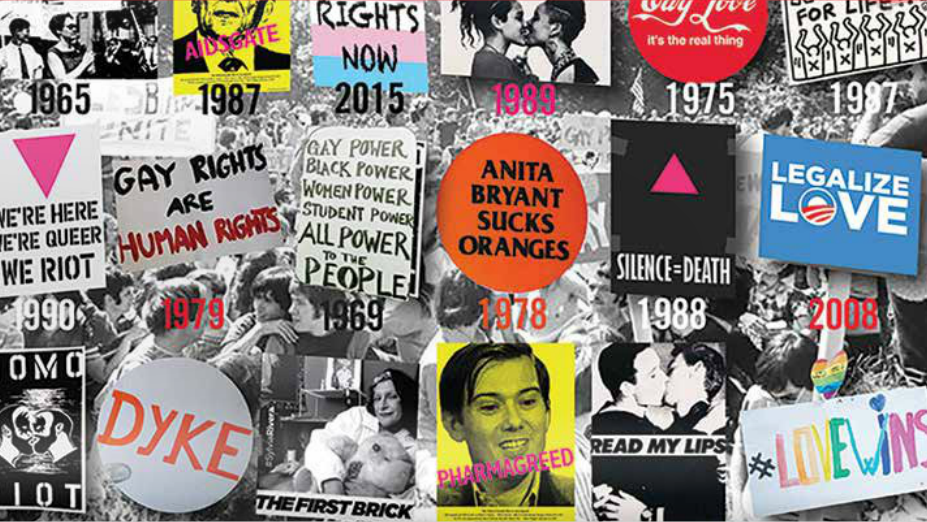 The City of West Hollywood is all set to celebrate Pride month with artistic contributions from the LGBTQ community during the One City One Pride LGBTQ Arts Festival.

One City One Pride will explore the festival’s theme “Into The Streets,” which is based on a rallying cry of early LGBTQ rights groups (Out of the Closet and Into the Streets) between May 22 – June 30 with mostly free arts events and exhibits.

Highlights of the Festival include:

June 4, 11am-2pm: Stuart Timmons LGBTQ History Tour – History/Performance Art – Stuart Timmons, co-author of “Gay LA” suffered a stroke before his West Hollywood LGBTQ History Tour was completed. Thanks to a team of helpers and a grant from the City of West Hollywood through One City One Pride, the tour will be restaged with a cast of colorful characters from different eras stationed along the route on June 4 from 11am-2pm. Tour starts from West Hollywood Park, 647 N. San Vicente Blvd. Free to participate. http://bit.ly/LGBTQ2016Tour orwww.stuarttimmons.com/weho-history-tour

June 12, 11am: LA Pride Parade and FATA (From the Archives to the Archives — Queer Signs of the Times 1965-2016) Artist Ruben Esparza for One City One Pride – Art Intervention – The LA Pride parade comes back to West Hollywood and runs from Crescent Heights Blvd. to San Vicente Blvd. along Santa Monica Blvd. Queer Signs of the Times 1965-2016 will include 75 re-created protest signs that will be taken to the streets in a mock protest rally, depicting historical signs dating as far back as 1965 as part of the City of West Hollywood’s parade contingent and the Queer Biennial II (created and organized by artist Ruben Esparza.) Parade is free to attend and kicks off from Crescent Heights at 11am, www.lapride.org for details.

A Brief History of Drag exhibit – History/Visual Art – On view through June 27, this exhibit at the WeHo Arts library exhibition spaces is an overview of the history of drag in Los Angeles County, and describes the importance of ‘drag queens’ and others in the early LGBTQ rights movement. The exhibit consists of photographs drawn from both the ONE Archives and taken by photographer Austin Young. Curated by Katie Poltz and Jessica Fowler of the LA LGBT Center and David Attyah of Glendale Community College as a result of a collaboration between the City of West Hollywood, LA LGBT Center, and Center for Performing Arts at UCLA. West Hollywood Library, 625 N. San Vicente Blvd. Free admission during library hours. No RSVP is necessary.  http://weho.org/residents/drag-angeles-one-city-one-pride.

One City One Pride is organized by the City of West Hollywood through WeHo arts, and is supported in part by an award from the National Endowment for the Arts.

For the complete calendar visit weho.org/residents/arts-and-culture/2016-one-city-one-pride-lgbtq-arts-festival#Events

Or contact the One City One Pride coordinator Mike Che at mche@weho.org.