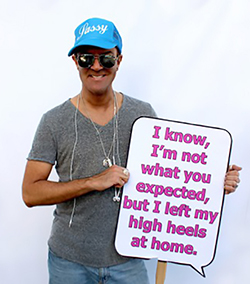 Patrick J. Vettraino—known to many as drag personality Lavonia Speaks—the founder of Sassy Inc. and promoter of WeHo’s Sassy Prom, lost to his battle with cancer on December 11. At a West Hollywood City Council meeting on December 21 council members John Duran and John Heilman presented Sassy Prom organizers Bobby Trendy, Jonathan Chang and Irene Soderberg with a posthumous Proclamation commending Vettraino for his fight for equality, his work in bringing people together and for raising thousands of dollars for charities during his lifetime. 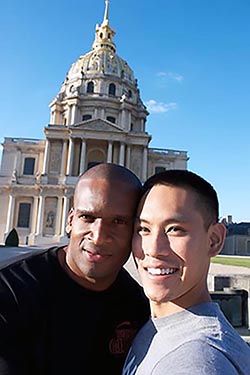 Andre Davis, the man who stabbed his boyfriend, Kurtland Ma to death in their West Hollywood apartment on March 14, 2014, was convicted of voluntary manslaughter last month, before being acquitted for second-degree murder. WEHOville reports that Ma, a 34 year-old emergency room doctor was stabbed 40 times and disemboweled. His organs and penis were stuffed into his mouth and pills were stuffed into a body cavity—a crime allegedly motivated after Ma broke up with Davis. Davis faces up to 12 years in state prison. His sentence is set for January 21. 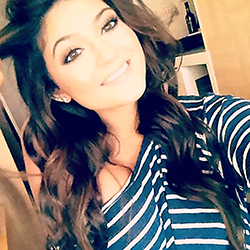 Kylie Jenner tried to play secret Santa at the Los Angeles LGBT Center by anonymously donating gifts to homeless LGBT teens this past Christmas, but a source outed her generosity to the media. “She wanted to give gifts to kids who don’t have any gifts to open on the holidays,” a source told Us Weekly. “She fully did it on her own.”  Jim Key, Chief Marketing Officer of the Center, confirmed the story, telling Us Weekly that someone from Kylie’s team reached out asking what types of things the LGBT youth needed and items were dropped off at The Center three days later.

The L.A. LGBT Center happily accepts donations all year long. To do so, visit lalgbtcenter.org.

The city of San Diego is set to offer its first low-income apartment complex geared towards LGBT senior citizens, thanks to the efforts of Community HouseWorks, a local non-profit. A 76-unit, $27 million complex is expected to open on Texas Street and Howard Avenue in North Park, San Diego. It will be open to all seniors and will include on-site supportive services coordinated by the local LGBT Community Center. San Diego joins Chicago, Philadelphia, Los Angeles and San Francisco are also cities that provide this kind of housing. The complex is projected to be completed and open to residents by the summer of 2017.

Planned Parenthood in Los Angeles is among the leading organizations now offering the HIV preventing PEP and PrEP. Located on North San Vicente Boulevard in West Hollywood, Planned Parenthood will add to its existing services by offering Pre-Exposure Prophylaxis (PrEP) and Post-Exposure Prophylaxis (PEP) treatments to help prevent the transmission of HIV. This comes in addition to other services offered, including providing gynecological exams, cancer screenings, STI testing and treatment, birth control, as well as counseling and education, and abortion services. The new services will grant at risk populations access to HIV-prevention care like Truvada.

The Human Rights Campaign’s latest equality index ranks 408 municipalities across the nation, including 55 in California. Golden State cities averaged 73 points out of 100, well above the national average of 56. But the California scores were as low as 42 and as high as 100.

A city’s MEI score is based on its non-discrimination laws, recognition of relationships, its fairness and inclusiveness as an employer, its municipal services, its law enforcement, and its relationship with its LGBT community.

A scorecard is posted on the HRC website at www.hrc.org/mei.