The Art Of Sobriety | The Fight Magazine 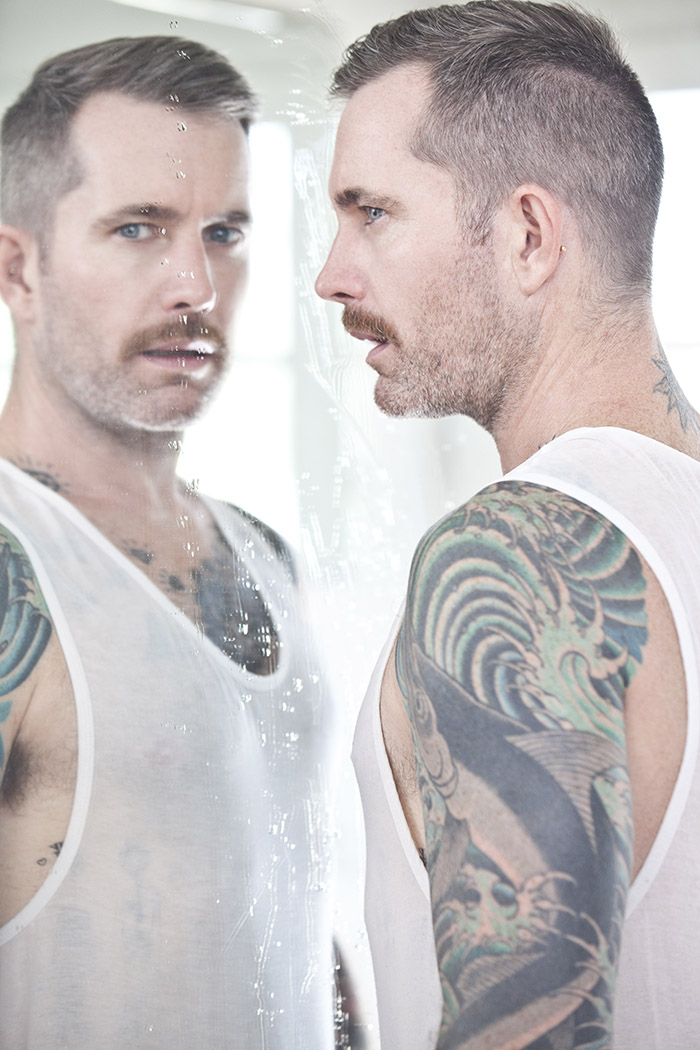 Los Angeles based photographer John Arsenault on his traumatic childhood, drinking, drug use, suicide attempts, his art and 15 years of continuous sobriety.

Raised in a small town in northern Massachusetts, John Arsenault moved to New York City in 1997 to pursue a degree in photography at the School of Visual Arts. He now resides in Los Angeles.

Arsenault’s photographs are represented in the permanent collections of the Nerman Museum of Contemporary Art in Overland Park, Kansas, and the Museum of Fine Arts, Houston.

With clients ranging from The New Yorker and Volkswagen to Goldman Sachs and Out Magazine (Awarded “The Out 100”—2005’s Most Intriguing), Arsenault brings his audience to the “in-between” moment—in between a feeling, a pose, or a time of day—so often missed in our rush to get somewhere, to accomplish, or to dismiss.

Arsenault’s first book “Barmaid”—a collection of 50 images photographed at the Eagle LA where he worked as a barback, or “barmaid,” as Arsenault likes to refer to the position—is available for purchase at: www.johnarsenaultphotography.com.

You can view an assortment of Arsenault’s work at www.clampart.com.

In an interview with THE FIGHT Arsenault talks about his traumatic childhood, drinking, drug use, suicide attempts, his art and 15 years of continuous sobriety.

Let’s start at the beginning. Growing up, what were your childhood dreams? Describe your early cast of characters and the storyline.

Early on I wanted to be a hairstylist. I grew up in my aunt’s beauty parlor on the New Hampshire border, Kathy’s Beauty Nook. Very “Steel Magnolias.” I was surrounded by women. I spent a majority of my time there, actually all of my time there, with the women. Playing with Barbies and drinking coffee.

Love that! Now, tell me about the life of John before recovery.

Well, my early childhood was pretty traumatic. There was lots of fighting and abuse in my household… There was just a lot of turmoil, a lot of pain. It was hidden. People didn’t know outside the household what was going on. There was some happiness, but definitely a lot of hiding and some feelings being covered up for sure.

Did you grow up with both parents?

Yes, I grew up with both parents. When I was 11 years old my mother came out as a lesbian. Actually, when I was 10. Or maybe I was 9. That time was very fuzzy for me.

How did you feel about that?

The way I found out about my mother was sort of a traumatic experience. It wasn’t done in a very healthy way… And I told her that I would keep her secret. I knew how unhappy she was with my father. And I wanted her to be happy. At a young age I was willing to lie and keep secrets for her.

What was the final straw before recovery?

I was put into a mental institution at the age of 15, because I tried to commit suicide, and through that I was introduced to AA. But the last straw for me was when I tried to commit suicide three times with my father’s gun I found underneath his bed. There was an intervention. I went to see a therapist, then put into a mental institution. So that was the last straw.

Wow! Were you still dreaming of doing hair at that time?

For sure! But I was 15, in the closet. I had a girlfriend. By that time my parents had separated. I was living with my father. My mother had moved to Boston with her girlfriend.

As an artist, what was your greatest fear about getting sober?

There are all these ideas that I had heard about and read about. The idea of being creative while drinking. And I bought into that to justify my drinking and using drugs. It was all a bunch of bullshit. It wasn’t until I got sober that I was able to maneuver through that process of being creative, and finding my creativity through being sober.

How has your recovery affected the artist in you and vice versa?

Well it definitely has been a rollercoaster ride for me— I was first introduced to AA and got sober when I was 15. But then went in and out of the program from the age of 15 to 22. That was a long time being a chronic relapser, doing it all different kinds of ways, and living with these false ideas about my creativity, or why I was drinking, or why I couldn’t get sober. Then I was sober for four years without AA. I was a dry drunk. That was a really painful process because I didn’t have the tools, or a community of people. I was sort of bulldozing through life still, and reacting to situations.

Then when I got sober at 28—my sobriety allowed me to really go within. I feel where my creativity comes from. It’s not from outside of me. When I was using and drinking it was definitely covered up. There were blocks in front of it. The process of getting sober, working through those blocks, really being honest, has also been a big part of my creativity. I feel like a lot of what I go through, because I do a lot of self-portraits, and a lot of my stuff is making comments about my life, my upbringing, where I’m from, my place in society, looking at myself as a gay male, especially my earlier work was definitely about that. Using myself as a subject to sort of poke fun at myself, without offending somebody else. My life has been an influence on my art. My art has definitely guided my life.

How would you say sobriety has affected your art?

Well, for me the thing about getting sober is that I have intuition today. That’s something that I didn’t have for a really long time. Before I got sober, it was just like life just happened. I sort of struggled with the idea of making art. I had people that influenced me, and my work sort of piggybacked that work. In 1999 I was in a group show and I realized a lot of the work looked the same. It was my responsibility as an artist to cultivate my style and find my voice as an artist. That was a big turning point for me. A year later I got sober, and that really catapulted my work as well.

At what point in your recovery did you begin to know your value?

That’s a good question!  It took me a while to understand my value. It wasn’t until I began to get recognition for my work that I realized that the work that I was making was really important. It sort of snuck up on me. I started getting emails from people saying how courageous my work was. I realized that I’m just the vehicle. My work comes through me. Putting yourself out there can be very challenging. I’ve gotten hate mail before. I’ve had to be cautious of how I present myself because people can be aggressive.

What do you do to keep your recovery going as your world gets busier?

I make my recovery the number one thing in my life. It comes before my marriage, my work, before everything. I have the life I have today because of my recovery. It’s about staying connected. Going to meetings, having a sponsor, and staying grounded. Showing up and being consistent is what it’s about for me. I know that I can’t do it all by myself.

I know that I can get very complacent really fast.

Complacency. I don’t want to become stagnant. Life is too short and too big, and I want to experience all I can.

You mentioned that you are married. Can you tell us how your intimacy has evolved in your recovery?

You have to show up for another person. Instinctively, I’m selfish. To show up 100% for another person is challenging. But it’s the commitment that I need to grow with this person. That’s the most intimate thing for me. And also to allow someone to see me 100% of who I am. I’m really good at putting walls up. Being intimate with someone goes further than being sexually active with someone.

How do you respond to good things happening to you?

It took me a while to be okay with good things happening to me. Because of my past, and being comfortable in the discomfort. I was really good at manipulating situations where I would feel bad. But through recovery, I’ve learned to be grateful and present. I have to remember that the good things happening in my life are not because of me. I say that because I feel that my work comes through me. I can’t take credit for that. It’s humbling. When good things happen I can celebrate them.

Congratulations on 15 years of continuous sobriety. What did you do to celebrate?

Went to a meeting. I’m not one for big celebrations.

What 5 words describe the essence of John?