With summertime in full swing, we asked a few clean and sober folks with different lengths of sobriety how they handle people, places and things that may trigger them to want to drink and use. 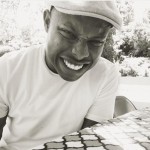 “Luckily for me, the obsession to drink and use has been lifted, but every so often I guess the urge comes back… I remember those horrible feelings of what it used to be like and I remind myself that I don’t want to go back to that, so I do the opposite; I call my sponsor or a sober friend and I get those thoughts out of my head. Once I put it out there, and I see how crazy the idea is, and I’m back to my sober self.” 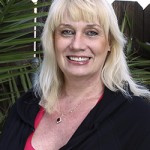 “First off, I go with support. I don’t go anywhere by myself that may be a trigger for me, like a barbecue with alcohol, or a bar to go dancing or if some of my friends are out and about and they drink… I make sure I have some sober support with me at all times. I can get triggered if I’m at a bar and it’s really hot and I’m sitting there and everybody else is drinking these icy little drinkies. I will have an ice cold drink-I just have to remember I can’t do the alcohol. I keep myself away from slippery playgrounds with slippery playmates. I don’t there go alone.” 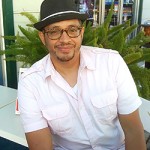 “My head can go to something as simple as I want to have drug-fueled sex to something as complicated as why am I still on this planet… I’ve had some dark nights of the soul where I ask myself, why am I here? … I’m either pissed off because money is tight, or I’m not getting what I want. Then I get angry and resentful inside, and then it’s the person, place or thing that triggers the thought later on. I handle it by sharing… I just share about it. 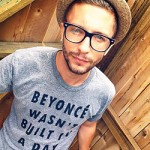 “Feeling tired is a big trigger for me; feeling hungry—a lot of things I encounter in my everyday life are going to trigger me, so finding the different coping mechanisms is very important. I find that when you talk about it, it takes the power away from it, and I stay very close and connected to my sober support network. When I think the entire situation through, and I think about what I’ve been through to get to where I’m at right now, the idea of using loses its appeal.” 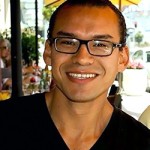 “I have been trying to stay clean and sober for the last year and a half and I relapsed three times. This last time I was only out for 24-hours. I was doing everything I was told to do-reading, writing, having commitments and going to meetings, but I was not really reaching out to people and I was not connecting with my higher power, like I am now. The way I avoid temptation is I stay away from sex websites and hooking up applications like Adam-4-Adam, or Grindr, because when I go there, it leads me to using again. Today I pray every day to keep the temptation away. Therapy also helps. So far, so good.”