The Man Within [cover feature] | The Fight Magazine 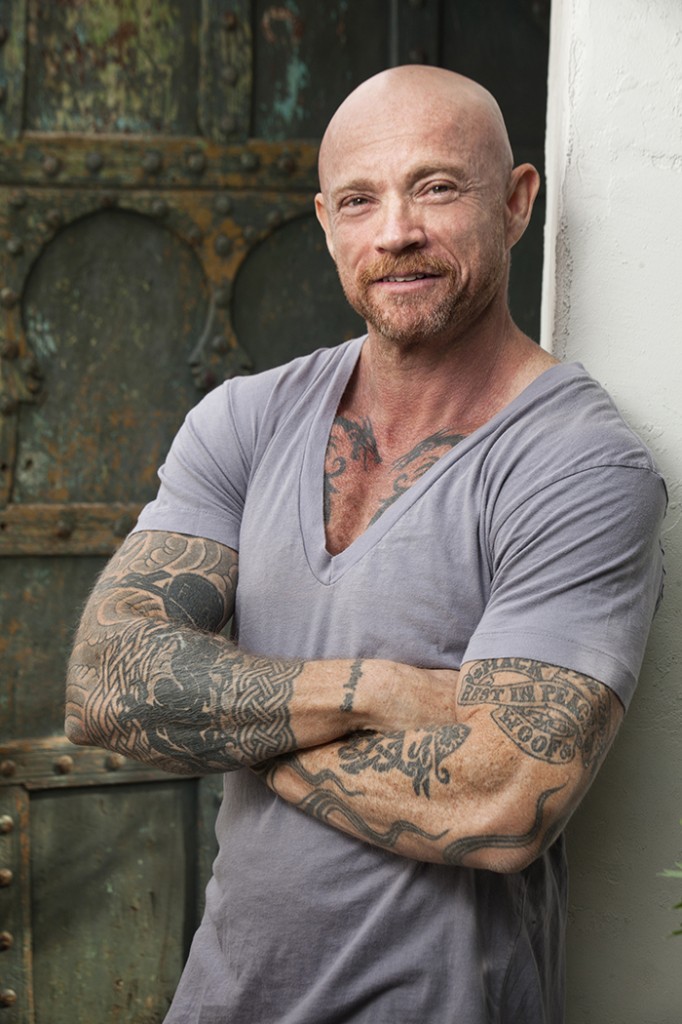 I caught up with trans male icon Buck Angel in Los Angeles amidst his busy travel schedule from Mexico to Los Angeles to Sweden and spoke to him about his breakout Netflix hit documentary “Mr. Angel,” his mark on the media landscape and the recent gender language controversy.

While my friends often laugh at the number of photographs of myself I have in my home (they were gifts!), Buck is the only person I know personally who has inspired an artist to sculpt a statue of him. Immortalized in glossy golden bronze metal by controversial artist Marc Quinn, alongside award-winning transsexual adult Entertainer Allanah Starr, he has left equally indelible images on motion pictures, photos and print.

Buck credits seeing a female-to-male transsexual in a movie as a life changing moment after a youth spent living socially as male where possible—but marred by emotional suffering and problems with drugs and alcohol. He found strength in that onscreen image to learn more about medical transition and set upon the path to become more fully the person he is today. It’s no surprise that he would eventually choose the mediums of film and television to spearhead his mission to educate, entertain and even arouse people around the world.

His groundbreaking work in the adult video industry is often his most cited accomplishment, and watching Buck effortlessly move between the roles of award winning adult performer to educational ambassador on talk shows across the US and the world in the documentary “Mr. Angel,” it’s easy to see the charisma that made him AVN’s Transsexual Performer of the Year. Sex positivity and embracing non-typical identity has always been apparent in his work. But nowadays, it has been over two years since his last onscreen adult video performance. Although he still works as a producer for adult content, his focus is expanding toward expressing the intelligence and heart behind the hunk through other art forms. 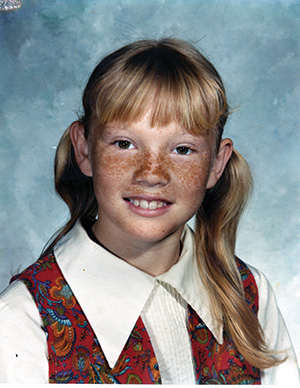 Buck will be kicking off Trans Pride L.A. on Friday, June 13th of 2014 in “An Evening With Buck Angel,” so I asked him if he thought this year’s celebration might be different in light of the recent controversies surrounding the language around crossing gender boundaries and gender identity.

The long-brewing controversy was most recently re-sparked by RuPaul’s use of the words “tranny” and the “shemale” sound-alike joke “she-mail” on LOGO’s hit reality competition “RuPaul’s Drag Race.”

Vocal critics, mostly younger transsexual women, have asserted that the words are now “hate speech” regardless of their history and should never be used. A mixture of others under the transgender umbrella including drag superstar RuPaul and transsexual women like myself, Andrea James, Justin Vivian Bond and Kate Bornstein express varying degrees of support for transgender people to self-identify with labels of which they feel ownership, including “tranny” as a shortened form of either “transgender”, “transvestite” or “transsexual”.

All but missing from the conversation has been the perspective of transsexual and transgender men, who are often left out of the dialog in the larger LGBT political scene.

“I have to disagree with the way that a lot of people think that ‘tranny’ is used only for trans women. It is used derogatorily for trans men sometimes as well,” says Buck. But as a self-described “elder” he remembers the word as “something that was embraced inside our community, as far as I remember and me being around it.” Observing the debate, he worries that “people are not going to be engaging with each other on a positive level. It just seems like people are set in their ways on this and there’s not going to be any give or take.” 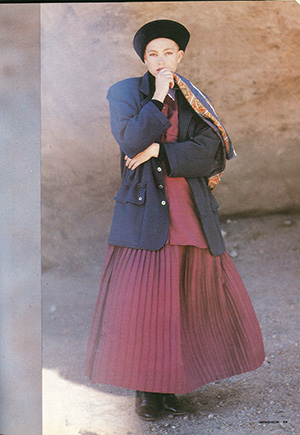 Buck and I talked about a shared support of individual rights to self identify, though, and responding to my personal stance of not liking the words myself but defending a trans person’s right to self-identify with them, Buck replied, “Exactly. And my point is this: you cannot police other people’s language and then not invite others to control what words you can use that may offend them. For example, the use of the word ‘queer.’ Why is that word okay to use, when that word has had a derogatory meaning forever? You can’t police language unless you police ALL of the language.”

Buck acknowledges that many of the trans men he knows agree with the position that the words are “never okay to use”, but says, “I disagree with that. I’m older… most of the trans male community are very young. They are finding their own political voice. I personally just don’t understand why some words can be reclaimed and empowered, but others can’t. It really makes no sense to me.”

Buck has been unapologetic in using jarring language and images in his art, billing himself in the past as the “man with a pussy” in his adult films and patiently explaining to talk show hosts like Tyra Banks and universities including Yale about his desire to keep his genitals as they were at birth while simultaneously embodying a male identity. He plans to springboard the success of “Mr. Angel” into more public speaking and educational opportunities.

Unlike the language controversy, which seems to be mostly internal to the LGBT community, Buck’s documentary film, “Mr. Angel” has been reaching a surprisingly large non-trans, heterosexual audience through Netflix. “It’s incredible. I never thought in a million years that this documentary was going to explode like this. The thing that makes me the most happy is the letters I’ve been getting from cisgender, white, Republican, church-going men, the kinds of guys who wanted to kill me before. I’m hearing daily about how my movie touched them, and how they now feel differently about people like us. They have more compassion for people like me. That is the most powerful thing for me to hear and see in my work: I’ve reached a group of people who hated us before and wanted to kill us, and now they have empathy.”

The movie has been available for about two months, and Buck says it is on Netflix’s “Most Popular” section as one of the most downloaded on the site. Buck will be flying to Sweden shortly for their gay pride, where they will be showing the film, and he is eager to take on this bigger role as a speaker and teacher.

Trans male representation in recorded history has been sparse, but includes historical figures like philanthropist Reed Erickson, musician Billy Tipton and film portrayals such as award-winning portrayal of Brandon Teena’s life in “Boys Don’t Cry.” When I mentioned to Buck that few if any of the students at one of my recent speaking engagements had heard of any of those examples, he was shocked and saddened. “I think the trans male movement is very new in many ways, but there is a hell of a lot of representation out there for them to discover,” he says. Buck reports that his materials are used in many gender studies classes, but he sees figures in trans male history’s more distant past as receiving much less attention.

FIND THE LOVE FOR EACH OTHER

When I asked Buck if he had considered taking on acting roles in mainstream films, perhaps telling the story of someone like Billy Tipton, he laughed. “I’m not an actor, and don’t feel comfortable acting, but I recently took on a role in a short film in Hawaii, and am looking at another role. It was probably one of the most difficult things I’ve done recently. I have such a huge newfound respect for actors… learning lines, understanding what acting was all about.”

Buck has come so far, and his energy is palpable as he discusses not only the work he has done, but the work he feels the trans community in particular still has before it:

“I really think that it’s so important for our community as trans people to understand that we’ve been ostracized, fought against, kicked, and killed… We need to learn as our own community to start loving each other, and to stop having so much ego involved that we can’t be more loving towards our brothers and sisters. And to stop being so angry with each other. Anger just tears us apart and it’s not going to make our struggle any better. We will get so much further if we can move past that and find the love for each other.”