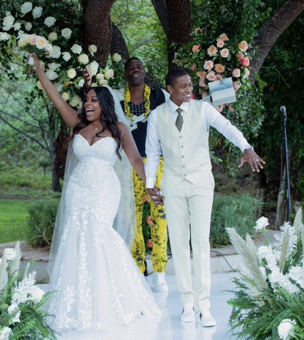 The star is known for her appearances on shows like Claws, Scream Queens, and Reno 911!.

In the photo, Nash appears in a wedding gown, having clearly just been wed to Jessica Betts, who also appears in the photo. Betts is a musician. The two had not publicly been known as a couple prior to the post.  Nash was not publicly known to be queer either, though she played a lesbian doctor on The Mindy Project in 2014.