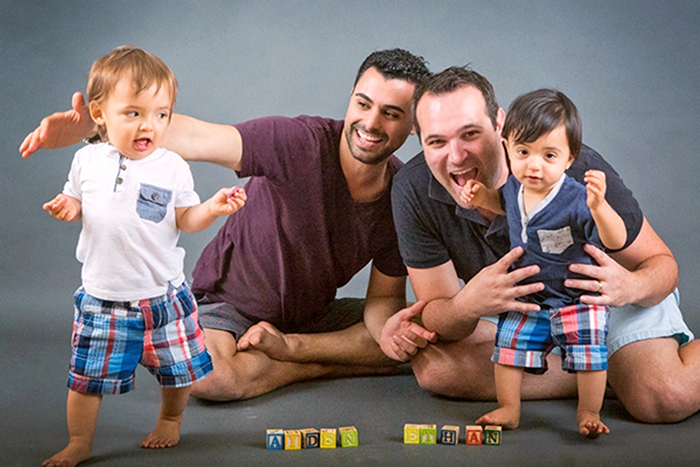 (Andrew and Elad with their sons Aiden and Ethan. Photo courtesy of Immigration Equality)

Democrats are calling for the State Department to recognize the citizenship of children whose parents are in same-sex marriages. More than 90 lawmakers — including Rashida Tlaib, Jerry Naddler and Adam Schiff — signed a letter Thursday addressed to Secretary of State Mike Pompeo urging the policy change, reports CBS News.