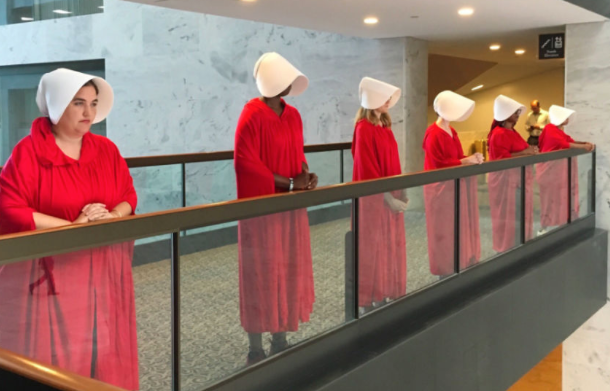 ( In the corridor outside the Brett Kavanaugh confirmation hearings, “The Handmaid’s Tale.” Photo:Laura Litvan / Twitter)

Trump’s pick of Kavanaugh would give the Republicans an edge in the highest court of the United States.

While Kavanaugh does not have a clear cut position on LGBTI issues, LGBTI and women’s advocacy groups united to condemn him.