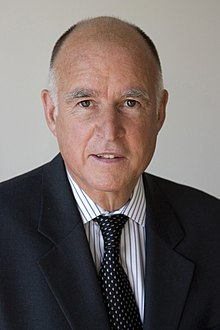 The text of the proclamation is as follows:

Our nation was founded on the principle of equal rights for all people, but the fulfillment of this promise has been long in coming for many Americans. Some of the most inspiring moments in our history have arisen from the various civil rights movements that have brought one group after another from the margins to the mainstream of American society.

In the movement toward equal rights for lesbian, gay, bisexual and transgender (LGBT) people, a historic turning point occurred on June 28, 1969, in New York City, with the onset of the Stonewall Riots. During these riots, LGBT citizens rose up and resisted police harassment that arose out of discriminatory criminal laws that have since been declared unconstitutional. In the decades since, civil rights for LGBT people have grown substantially, and LGBT pride celebrations have taken place around the country every June to commemorate the beginning of the Stonewall Riots.

California has been a leader in advancing the civil rights of its LGBT citizens. And while further progress is needed, it is important to recognize and celebrate the substantial gains that have been achieved.

IN WITNESS WHEREOF I have hereunto set my hand and caused the Great Seal of the State of California to be affixed this 4th day of June 2018. 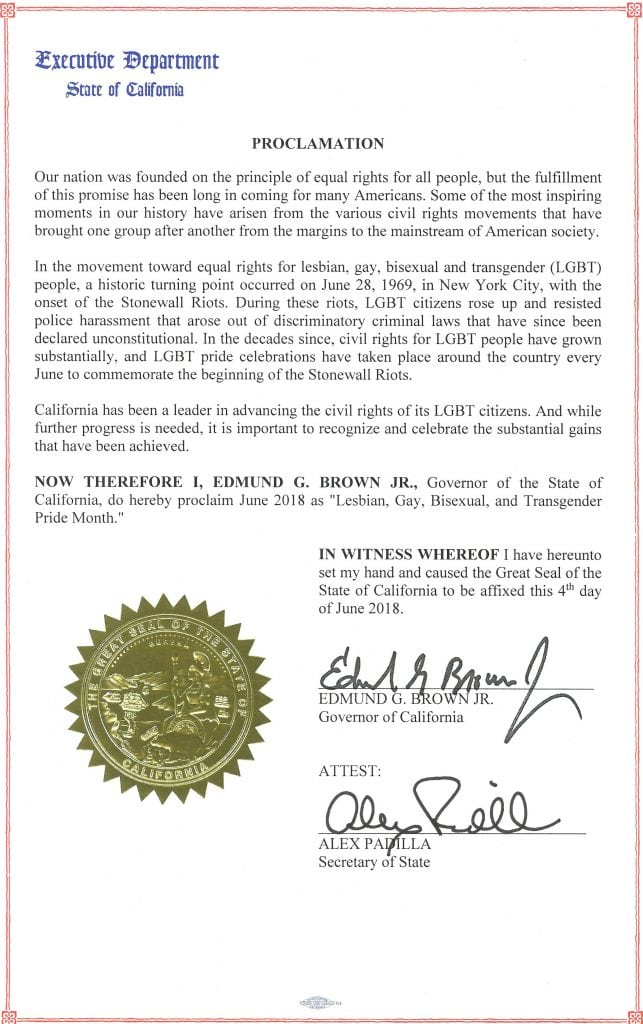