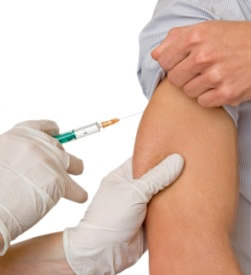 L.A. County has seen 15 reported cases among those who are homeless or use recreational drugs since the outbreak began. But officials say an unrelated hepatitis A outbreak affecting the LGBT community has sickened 14 gay or bisexual men this year, compared with nine last year and one the year before.

Hepatitis A is commonly transmitted through contaminated food, but also can spread through sexual activity or through contact with feces, even in microscopic amounts.

The county health department is offering free vaccines at its clinics to gay and bisexual men.