With Valentine’s Day in mind, we asked a few local sober folks how they maintained their sobriety throughout the heartbreak of a breakup while in recovery. 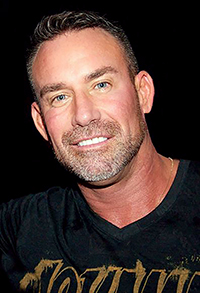 “My divorce was around three years ago—I was like nine years sober at the time. I didn’t really think about using. I acted out sexually. It was about feeling better about myself, which ultimately, that doesn’t do that, but in the interim it was a good for my self-esteem.

What I learned from my divorce is that things always change. You can’t stay stuck in one mindset. I always struggled with change. I learned to accept change and to embrace it. Otherwise, I’ll be unhappy and not participate in life. Try new things. I turned 50 and I jumped out of an airplane. I started riding horses again and doing things I always wanted to do.

My advice to anyone going through a breakup is to look at your part. That was hard for me. Even if you don’t think you have a part, it’s important to sit down and write out your part. After that, you can forgive and the pain lessens.” 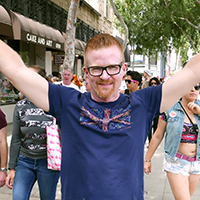 “We were together for three and a half years. It was tough. Friends told me whatever you do, do not call him or text him. That was the hardest thing for me, but in the long run, it was the best thing I did for myself.

I learned a lot. My character defects came right to the surface. He said something to me and I fired back everything I wanted to say to him. It felt good to get it off my chest, but on the other hand, it wasn’t sober behavior. I can now look at my part and see some of the shady things I did to him, which is why he broke up with me. I was a dick. Being sober, I was able to use the tools of recovery. I got to put it down on paper and see my part in it and go back and make a formal amends. The result of that is that now we’re pretty good friends.” 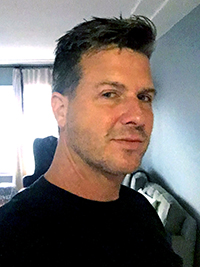 FOCUS ON YOUR PART

“We were together for five years. When we broke up, I felt sick and sad because I lost my best friend. I did the work on the different ways I could’ve handled an uncomfortable, horrible situation and it was all about my part and not the other person, because that’s what I was taught to do. I knew blaming anybody else wasn’t going to work. I only looked at how I could be a better person and make decisions that would be less hurtful in the future. I feel like I was hurtful in my breakup and I never want to treat someone like that again. That’s the truth.

I never wanted to get loaded over my sadness. The idea of drinking in a social setting to make things fun did dance in my head, but I’m very clear about my drinking. There is no such thing as one glass of wine.

I’m in the dating world now and I’m fine with what God puts in my path. I could be crazy about someone and it may not work out because that’s not what’s in my path. At least not yet, and I’m okay with that. I have no resistance to what the universe holds for me.

My advice to someone going through a break in sobriety is don’t jump into another relationship, go to a lot of meetings, and do work around it and focus on your part only.”