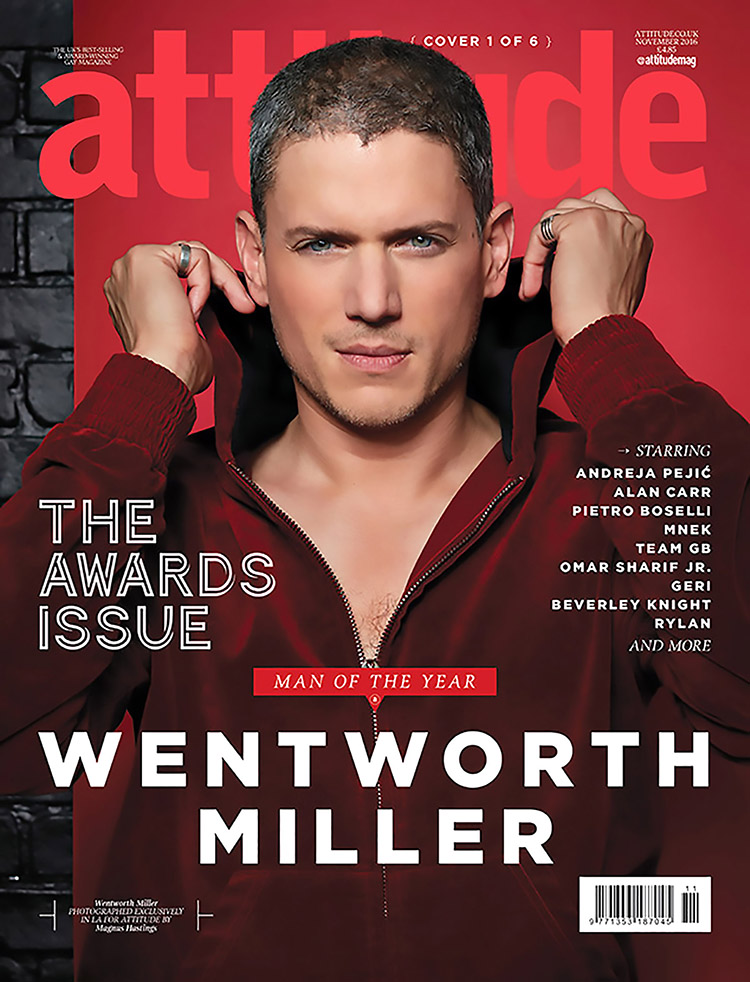 Man Of The Year

Wentworth Miller to LGBTQ youth: “It gets better. One day, you’ll find your tribe.”

Actor Wentworth Miller has been honored by Attitude as their Man of the Year, with a cover story that delves into his struggles with self-acceptance, leading to serious bouts of depression and suicide attempts.

Miller came out in 2013 in an open letter declining an invitation to Russia, criticizing their anti-LGBT “propaganda” law.

“Thank you for your kind invitation. As someone who has enjoyed visiting Russia in the past and can also claim a degree of Russian ancestry, it would make me happy to say yes,” Wentworth wrote in a letter to Maria Averbakh, director of the St. Petersburg International Film Festival. “However, as a gay man, I must decline.

“I am deeply troubled by the current attitude toward and treatment of gay men and women by the Russian government,” he continued in the letter, posted on GLAAD’s website. “The situation is in no way acceptable, and I cannot in good conscience participate in a celebratory occasion hosted by a country where people like myself are being systematically denied their basic right to live and love openly.”

When Miller was mocked on an internet blog a few years ago for his post “Prison Break” weight gain he shot back that he was suicidal at the time, prompting an apology.

In a preview of the magazine’s feature, Wentworth gives advice to LGBTQ youth who are struggling with the same issues he has had to work through over the years.

“I would say what others have said: it gets better. One day, you’ll find your tribe. You just have to trust that people are out there waiting to love you and celebrate you for who you are,” he says.

Last month, Miller starred in a suicide prevention video encouraging those in need to find a support group through the Anxiety and Depression Association of America, and for those in serious crisis to call the National Suicide Prevention Lifeline at 1-800-273-TALK, or text “START” to 741-741.