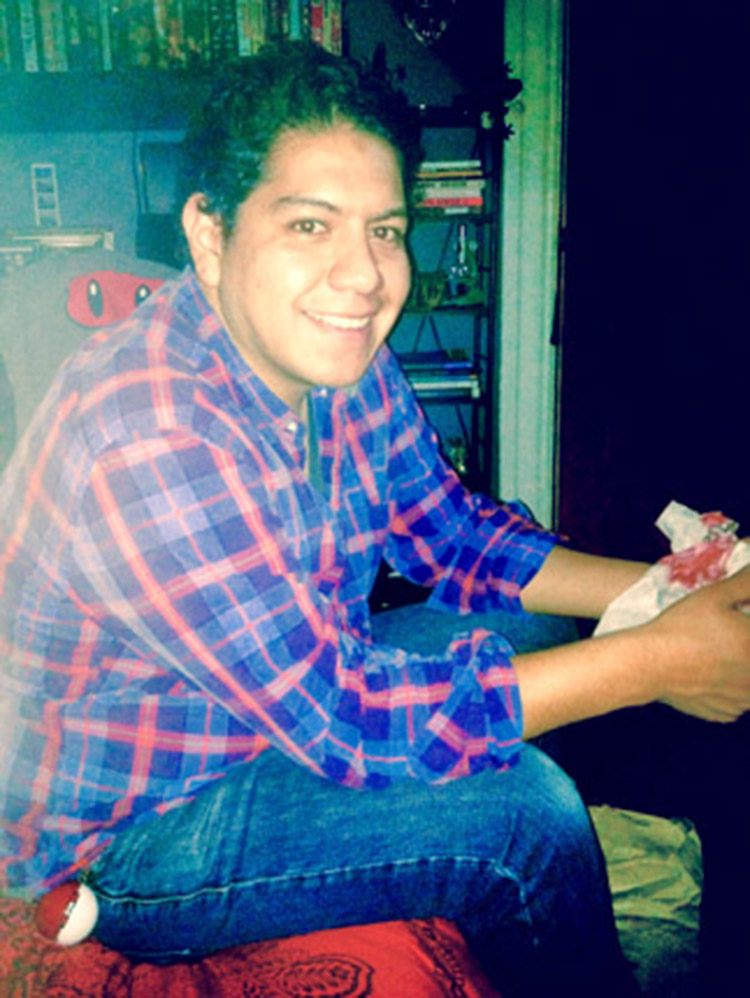 Founded and led by Edgar Garcia “World 8” is a quirky, charming video game boutique making waves and headlines for being the center for hardcore video-gamers.

In an interview with THE FIGHT Garcia, a gay man,  reveals that “videogames and other media allowed me to be social with so many people. In a school as huge and diverse as the one I attended these were the things that forged friendships… it helped to know that I wasn’t the only one obsessed with at the time Final Fantasy VII, Smash Bros (N64) Goldeneye, Breath of Fire III, Starfox 64 and so many others. This allowed me to feel a sense of belonging these people who changed my name to Midgar ( capital city of FFVII) ever since games have always played a huge role in my everyday life.”

How did World 8 materialize and when did it become a reality?

In 2011 in the middle of the recession my brother was laid off and I wasn’t financially stable so we figured we’d try to sell as much of our collection as possible, knowing we’d never get the actual value of the items – we considered a temporary store front. Fortunately we found a failing business with less than a year to go on its lease so we took it over and began our tiny retail operation. We figured less than a year would be enough to make our loot and bail…

Well that clearly didn’t happen, people liked our store so we began getting request for new releases, consoles, figures, plush, so we began to carry as much as we could afford. We didn’t realize at the time but we were providing a service that no one else was.

Do you think the gaming community is transcending with LGBT folks while becoming more inclusive?

I think our peeps have always been an integral part of our community. I think things like androgyny and gender fluidity which is more prevalent in Japanese culture has helped the western general population understand us a little better. Or at the very least not make us seem too weird…

Personally I’ve never been too pushy for inclusiveness, I grew up playing games where characters were very 1 dimensional, I could care less who mega man wanted to marry.

Nowadays everyone wants their character to represent their own values and beliefs etc. and it kind of makes me feel old. I’m glad that games like mass effect allow for gay characters and such but I don’t want to fight for it. Or over it. I just want good games.

I hate to sound so cheesy but we are a store for gamers by gamers, our staff is hired based on their knowledge and passion for the games, we’re also very diverse. But more importantly I think it’s our attitude of acceptance of everyone that walks through the door.  Whether it’s the dude in the wedding dress, or the guy who just plays Call Of Duty (and nothing else…) you will be treated as we like to be treated.

Definitely, I think it’s more common with straight folk but that could be lack of options. There’s no shortage of detailed ,very expensive female character figures and statuettes, the internet is full of fan fiction and art – it’s everywhere. Personally I’ve always had a thing for Cody from Street Fighter …

Is there anything else you would like to say to the LGBT gaming community?

I’ve recently come to realize that our community is still not completely integrated with mainstream society, just like certain branches of the gaming community.  Having that in common with the non-LGBT folk I want our community to know that there’s a safe place outside the gay bar, the gay club, away from the WeHos and Silverlakes of the world.  Everyone is welcome at World-8… no matter who you are or who you love.