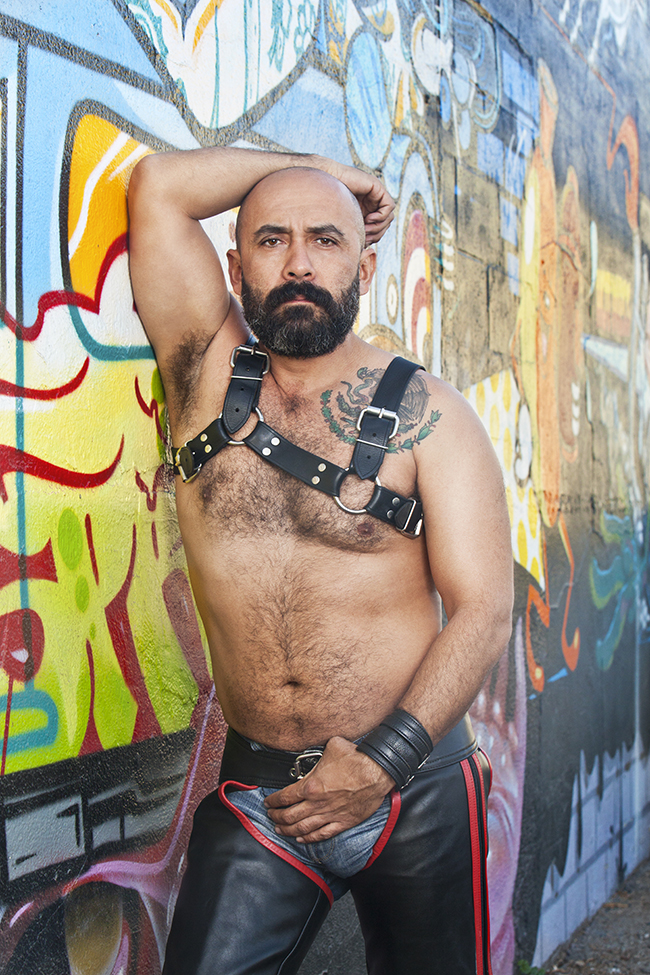 Iriarte is also the co-founder of the non-profit organization, the Payasos, a volunteer-based troupe of clowns comprised of gay Latinos in Los Angeles, dedicated to improving the lives of future generations.

Born and raised in Mexico, Iriarte moved to California 14 years ago. He is well known and well respected in the leather community as a titleholder and as an activist.

In an interview with THE FIGHT Iriarte talks about the culture of leather, sexual freedom, Mother Teresa and making a difference in people’s lives.

How was the experience moving from Mexico to California?

Well it was a bit of a challenge—but all in all it’s been great. It’s been an ongoing process being from one place and transculturing—but I’ve always enjoyed learning new things… Gay life is more open here. Coming here in my 30s, it was a different kind of life for me because I began to take more responsibility for my actions and my behaviors when it came to being a gay man living in our community—or any kind of community… I guess  you could say I made an effort to be more responsible for myself as a gay man and as a man.

What attracted you to leather culture?

The absolute freedom. Freedom of sexuality, freedom of speech, freedom of thinking, freedom of everything. One of the reasons I’m still around in the leather community is because the people who are in it, truly in it, are people who love your spirit, who love your soul and your actions. So I think that’s what is, for me, [the draw] of being in the leather community and enjoying all of this beautiful stuff… and, of course, the sex [laughs].

You are Mr. Regiment 2011 and also Mr. Los Angeles Leather 2011. How would you define being a titleholder?

For me a titleholder is a leader in the community, someone capable to make a little bit of a difference in someone else’s life… someone who is going to be there for the people.

There are titleholders who focus on parties, which to me is also valid. As long as you are doing something that brings people together, it doesn’t matter what you do.

Inspiring people to take chances, go out, meet other folks, who just might change something in your life, or teach you something new—that, to me, is what a titleholder should be doing.

Speaking of making a difference in people’s lives, you are a co-founder of a group called The Payasos. For those who don’t know, what is a Payaso and what made you form the group?

“Payaso” is a word for clown. We dress up as clowns but we are not regular clowns. We are leather clowns. We are sexy clowns, not the clowns who go to kids’ parties… We dress as clowns to fundraise money for different charities. We help kids with HIV and autism. We support different organizations worldwide. We have worked with people that help kids with cleft palates. We support “Hope House” in El Monte—which helps people with developmental issues…

What got me into it was one of my friends, who is pretty much my brother. He is a clown—a regular clown for kids. Years ago on his birthday, he invited a group of us to go out as clowns and we did. When we were out in the gay club, people started paying attention to us. There were like five of us and they were asking why we were doing it… So, I thought about it …  I always wanted to have a group of people working to together—helping other people. I was familiar with the Sisters (Of Perpetual Indulgence) but I never identified with drag or painting myself like the Sisters—but I wanted to do some sort of character. So when we were at the party with my friend that night, everything connected. I left the club and I asked my friend, the clown “What if we do this?” and he loved the idea and we did it. We were planning on doing it just once, but then people started asking me “What is this? I heard about some clowns! We want more!”  We did it again and I started calling friends to see if they wanted to get involved and they started getting involved and here we are five years later…

What’s going on in your life at the moment?

Right now I’m in the middle of a relationship that is not very common. People call it polyamory. Other people call it a three way… It’s just happening for us and I don’t know how exactly to define it.

What would you say is the key to success in a polyamorous relationship?

Communication and trust. I say that because I learned it in a hard way. It’s been three years and since we’ve been together, a lot of people have come to us asking for advice…

All the issues that we’ve been through or had in the past have been because, at some point, someone was not a 100% trustful in saying what they were exactly feeling or what was happening or because we didn’t say anything and we just let it happen. It can be complicated if you don’t really communicate what you’re feeling. It’s about communication and having information about what is happening with everyone else.

Is there anything else you want to do within the community?

Well I have some projects waiting. I’m just waiting for the right time for them…

I always try to be more focused on helping people through—because I went through that. I went through all those issues and all those repressions. I want to help create more healthy people, mentally, in our community, in our group and in our families.

There are so many things that government is never going to resolve for you and never going to help you with. But your neighbor is going to. My global message, if I had the opportunity, would be let’s help each other.

Who are your inspirations outside of the leather community?

I like reading about Ghandi, Mother Teresa, Buddha, the Dalai Lama. It’s not because I’m religious. I’m totally against religion but these are people that have changed the history of humanity. People that have made a big difference in people’s lives is what moves me to do things. I admire a lot of people for different reasons but people I admire the most are the ones who have done amazing things.

For the upcoming class of 2015 and beyond, what advice do you have for the next generation of titleholders?

Just enjoy. Titles are to enjoy, to have fun, to represent yourself and to do things for other people. People you love, people who are your friends, your family. It’s just to be out there, so relax and enjoy. 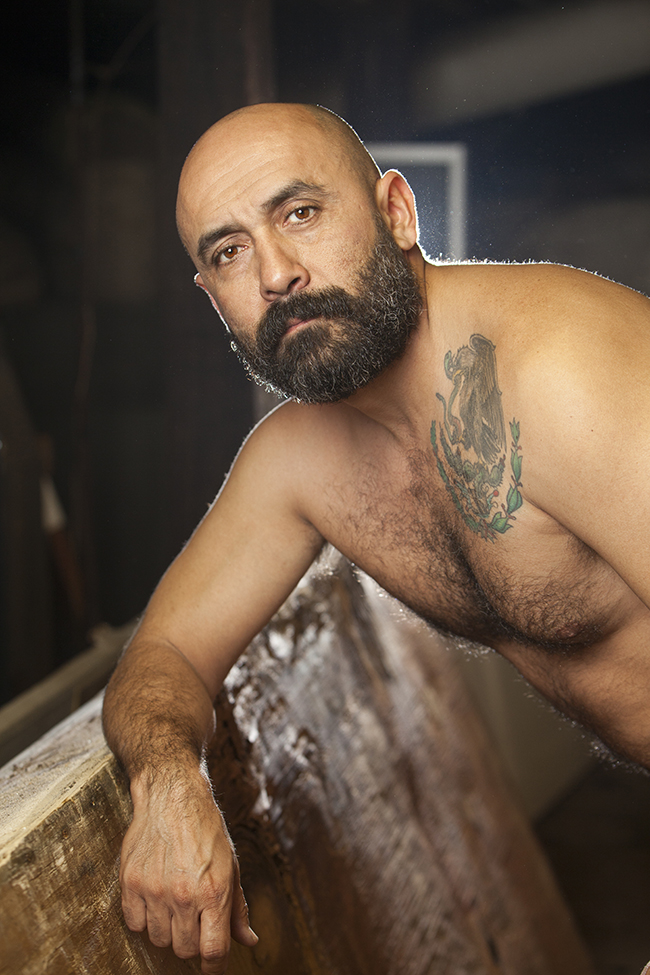