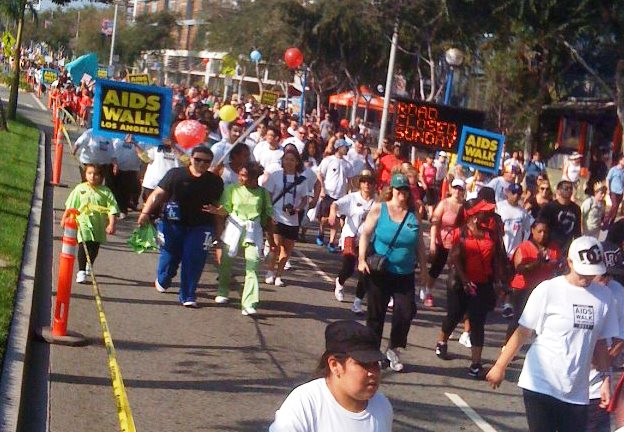 Photo and text by Paulo Murillo

“We are proud of the thousands of supporters of APLA who have year-after-year, raised life-changing funds for people living with HIV/AIDS in our hardest hit communities,” said Chief Executive Officer of AIDS Project Los Angeles, Craig E. Thompson, in a press release. “On behalf the 6,000 clients who rely on APLA’s services and the thousands more who benefit from our prevention and testing efforts, I want to thank everyone involved.  With funds raised through the AIDS Walk, we are able to provide more programs that serve more people in more locations throughout Los Angeles County, ensuring that no one endures their fight against HIV without the support they need.”

AIDS Walk Los Angeles has raised more than $79 million for APLA and other HIV/AIDS service organizations in throughout the Los Angeles County, since ts inception 30 years ago.