AHF’s Michael Weinstein responds to the Truvada controversy and the call for his removal. 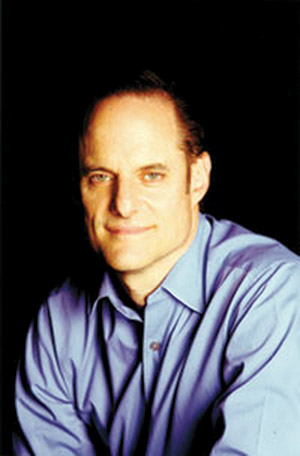 According to Leue and some other community members, Weinstein’s party drug comment caters to stigmas and paints those who use Truvada as drug users.

Leue initially lent his name and image to AHF as part of an ad campaign where he challenged people in the leather community to “test your limits” and get an HIV test, however he recently withdrew from the campaign.

The FDA approved Truvada in 2012.  It is the only PrEP pill that has been proven to prevent HIV transmissions – up to 99%, if taken daily as directed.

The “taken daily as directed” directive is one of the reasons why Weinstein, the head of the largest AIDS service organization in the world, is not embracing the use of Truvada as prevention against HIV infection.

“I recently had a case of sinusitis, and was given pills to take for 10 days,” Weinstein revealed in an interview with THE FIGHT. “At the end of the 10 days – I had 8 pills left. I was almost sure I had taken them as directed – but obviously I  had forgotten a few doses.”

“That is one of my issues with Truvada – that people will stop using condoms, thinking that they do not need that protection anymore… Additionally, Truvada will not protect you against a slew of other STDs, such as syphilis, gonorrhea and hepatitis.”

“I realize this is an emotionally charged issue for many folks,” states Weinstein, “however the bottom line is that every single study has shown that there is a huge problem with adherence.”

“If there was a responsible alternative to condoms – I would be one of the first people to embrace it,” says Weinstein.

Regarding the petition for his removal, Weinstein states that his “board of directors are behind me.”

“AHF is involved in a global health response. We are here to keep the community as healthy and safe as possible. I answer to the needs of public health, first and foremost. That is, and always will be, my main concern.”