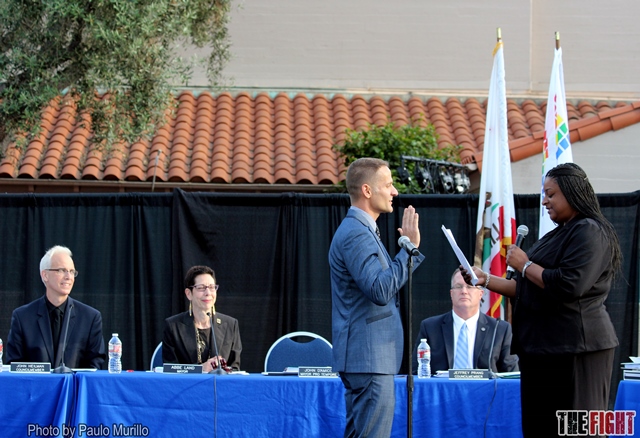 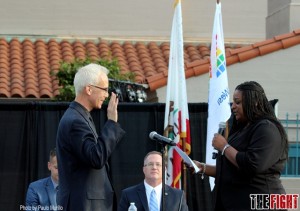 Mayor D’Amico took the Mayor’s gavel and thanked his partner of 22 years, Keith Rand, for his support and he expressed gratitude for his family and friends who were in the audience.  He thanked a long list of people who included city staff members, members in the community and he thanked his peers on the council chambers.  He gave special thanks to councilmember John Duran for his endorsement when he first ran for city council three years ago. 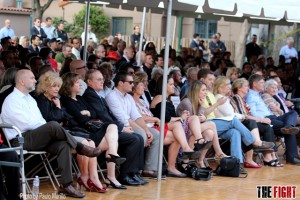 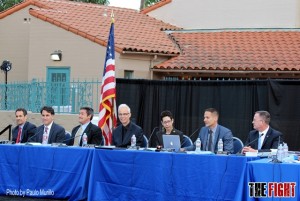 “For me, the best thing about West Hollywood is the people. Individually and collectively as a community, we have consistently invented extraordinary ways of thinking about and being in the world,” he said in his speech. “Beginning 30 years ago, with John Heilman’s leadership, our city was the first in the nation to offer domestic partner registrations and healthcare benefits. Abbe’s leadership helped our WeHo become the first pro-choice city in the US. John Duran helped us become the first city to support medical marijuana, ban the declawing of cats and the sale of fur apparel – making this the most humane city in America. Jeff Prang has always been the good government guy, leading the way – making sure that our city uses our resources wisely.”

“While Mayor, City Hall will open up to as much daylight and fresh air as possible,” he stated. “We will redouble our efforts to share with the residents how we do business and engage in as much conversation as possible at every level about what is best for our WeHo. Please know that WeHo will continue to do all the things we always do, fill potholes and fix sidewalks, fund social services and build subsidized housing, issue parking tickets and collect the trash, protect rent control, redouble our public safety efforts, wrestle with our traffic problems and celebrate events big and small.” 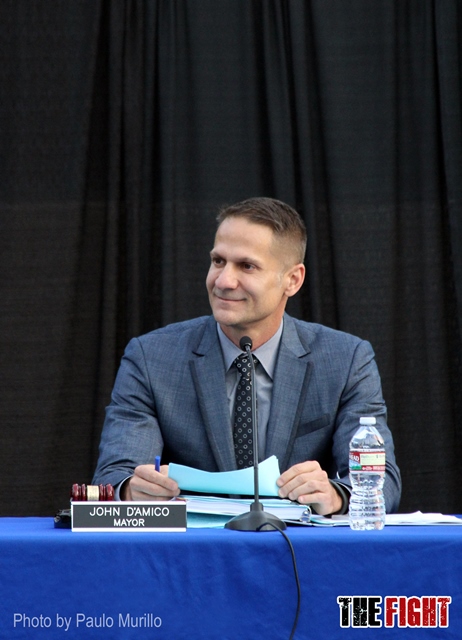 Mayor D’Amico closed his speech by proposing to

every resident, business and visitor to engage and help invent the future of West Hollywood.

“Talk to your neighbors, talk to the staff, talk to us, call us, we’re on the web, email us, tweet us @wehocity, use my cell phone — 310.498.5783, attend a city meeting, be vocal, cause trouble, disagree, protest, heckle if you must. Take the time to engage and know that every time you speak up you are bringing more daylight and more fresh air to our city. It’s up to us, WeHo, and WeHo is up to the task.”

A special reception followed the Installation and City Council meeting featuring the works by Steven Reigns and Yelena Zhelezov. There was also a musical performance.