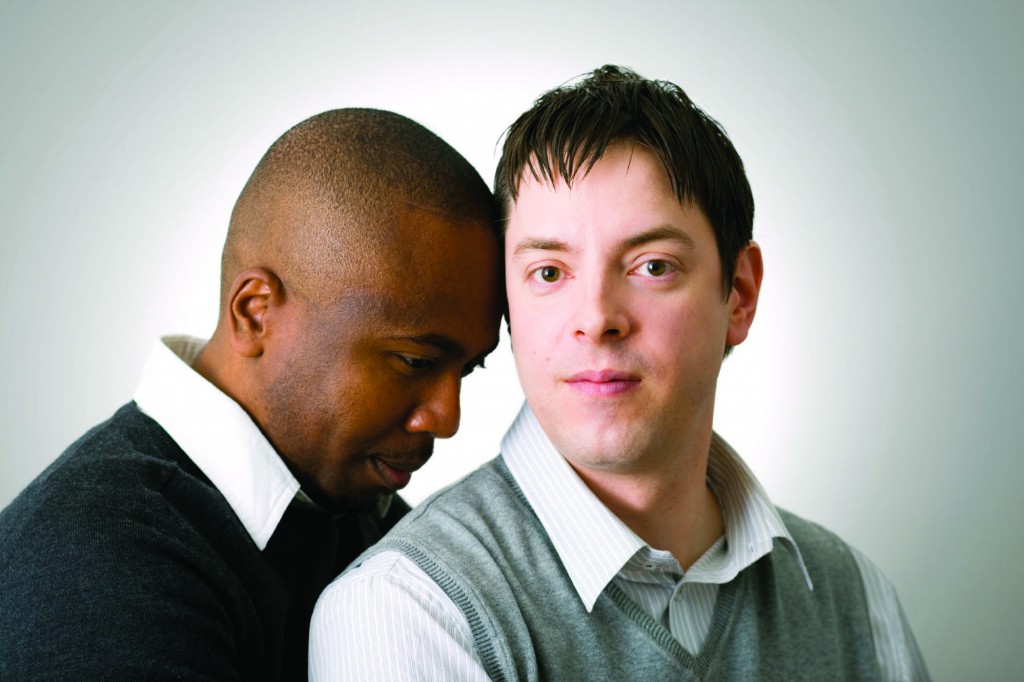 Who’s looking out for our young gay men?

> A few weeks ago, I had the privilege of being one of five keynote speakers at the 2014 Midwest Bisexual Lesbian Gay Transgender and Ally College Conference in Kansas City, MO. Speaking for those 2,500 LGBT college students that were gathered for the conference was one of the best moments of my life, and when they leapt to a standing ovation at the end of my speech, I felt gratified. However, it was an experience right beforehand that brought about a nagging issue I can’t get out of my mind.

Earlier that morning, I facilitated a discussion on military issues for LGBT people. As a gay veteran and one of the more visible advocates in the DADT repeal movement, the conference chairs thought that I could provide a space for students attending the conference who had a connection to the military.

By presenting gay manhood as some kind of six—pack utopia where there are no worries on the way to the induction into the Velvet Mafia, we are failing them.

The discussion group consisted of two gay men, seven women, and two transgender women. When facilitating the discussion I noticed that the women and transgender participants of the group more or less dominated the conversation. Though there was one bright eyed and excited male Navy veteran who jumped in, he seemed more or less silenced when the conversation between the two transgender women turned into a very complicated discussion about medical and name changing issues they were having with one another while the rest of us observed, unsure of what to bring to the topic.

In the corner of my eye, I noticed that bright—eyed active duty Navy soldier staring forward with a blank look in his eye. The other young man never really spoke a word during the entire session. Eventually we wrapped up and I moved on to give my keynote, but I found myself thinking back to both of their reactions and eventually realizing that it was a reaction I’d had myself more than once.

When your life is pretty much dedicated to writing and speaking and doing LGBT activism, you will notice that what is “hot” in the LGBT movement or the “fight,” so to speak, is cyclical. Looking back at the fight for DADT repeal and the rights of LGBT soldiers and veterans, I see that it was a movement that was very male and almost hyper—masculine. The voices of women and transgender people (as well as people of color) for the most part took a back seat to that idealized image of the masculine white male soldier.

Over the past few years, transgender women have become more visible than ever before in LGBT and mainstream media. Thanks to strong, talented, and aspirational advocates like Janet Mock and Laverne Cox, transgender women have people to look up to. They have a voice. Most importantly, they have women just like them who are unafraid to speak of the problems that people in their group face. However, their prominence alerts me to a glaring void in advocacy right now.

It is inarguable that gay men (especially white gay men) are the most “privileged” members of the LGBT community, but that knowledge is stifling to our progress. By believing that gay men have it “easy” within the LGBT community and mainstream society, we’re failing our young gay men who are entering into their late teens and twenties and dealing with a whole host of issues that are very specific to them.

There are hundreds of thousands of young gay men just like the two men I saw in that room who feel silenced and insecure about how they fit in to the modern LGBT community because their images and role models are so limited. We are not giving them the real story about what it is to be a gay man in 2014. We are not telling them how hard it can be. We are not telling them how much pressure there is to have the perfect body, or how easy it is to slip into bad sexual habits, or how many people are using recreational drugs. By presenting gay manhood as some kind of six—pack utopia where there are no worries on the way to the induction into the Velvet Mafia, we are failing them. We have to do better. It is possible to be out front and yet still left behind.