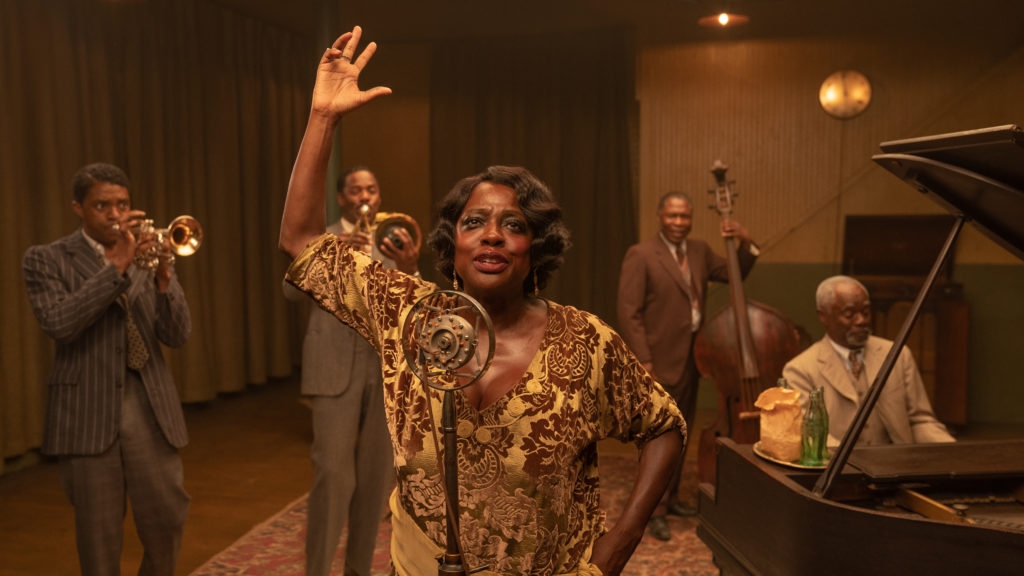 Rainey, widely known as the mother of the blues, forged a lucrative early career in the 1920s while peppering her songs with references to her sexuality, more than 40 years before the Stonewall riots brought queer issues into the mainstream.

The film, a semi-fictionalised drama set largely during a single recording session, marks the final on-screen appearance of the late Black Panther star Chadwick Boseman, who appears as an antagonistic trumpeter with an eye for Ma’s girlfriend Dussie Mae, played by Taylour Paige.