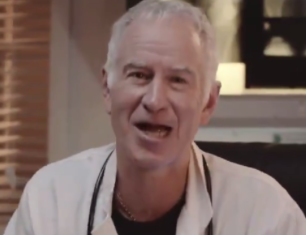 Court’s lifetime of sporting achievements were celebrated at a ceremony in Melbourne on Monday, but her plaudits were overshadowed by her history of shocking controversial statements.

Her offensive views include likening gay people to Hitler, claiming lesbian tennis players “recruit” younger athletes, and calling transgender children “of the devil” – for which she was named 2018 Homophobe of the Year.
WATCH:
https://youtu.be/mSqekABqp6k