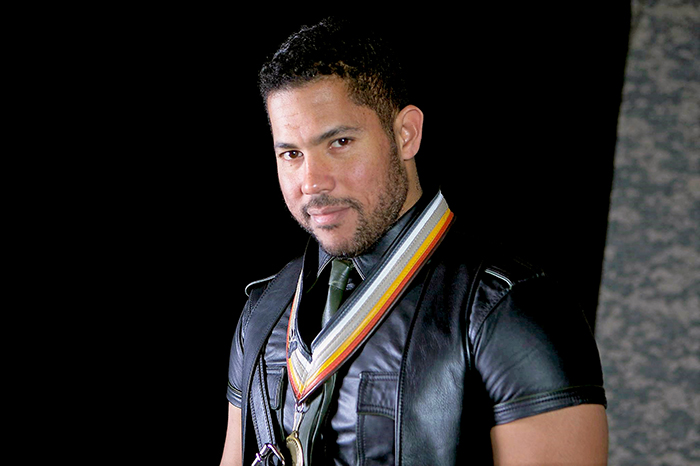 Jack Thompson is a proud bi-racial transman. In his IML speech Jack said “My whole life, I’ve been told that I am not enough. Not black enough, not queer enough, not smart enough, not strong enough. Hell, there are people in this room right who don’t think I’m man enough to be allowed on this stage…”

As person who is a multi-racial gay man of color, his speech resonated with me. My whole life, I have also been told that I am not black enough, not strong enough or man enough simply for being gay.

These messages came from the community I grew up in and more so from my mother who shortly before I came out to her (and later kicked me out for being gay) told me, “If you’re gay, people won’t see you as a man anymore, they’ll just see you as male.” My mother later became an educator at the University I went to and taught her students about the marginalization of Black women in America.

“It is extremely disheartening when people, who know what it feels like to be oppressed by the majority, feel it is okay to oppress others because they are different.”

Not a day had passed after Jack had received his title when someone  decided to express his opinion on Facebook about the win, writing: “I am happy for the winner, BUT it is International MR Leather. He identifies as a man. But not born a man. I feel that decision is politically motivated… Unless he has fully changed all parts, I feel that the decision is politically unacceptable.”

His opinion harkened back to the sentiment my mother has about gay men: “You’re not a real man unless you (fill in the blank).”

It saddens me that in this day and age, that people, especially those who are in a marginalized group, tend to marginalize those in another group they don’t understand.

It is extremely disheartening when people, who know what it feels like to be oppressed by the majority, feel it is okay to oppress others because they are different.

In the LGBTQ community, we as gay men specifically have been told we are disgusting, sinners, ungodly, abominations, filthy, not worthy of love, not worthy of God’s love, along with a whole host of other slurs.

More importantly we are told we are “not man enough” or “real men” based on our sexuality. We know how hurtful and painful it is to have these things said about us. To have these things so ingrained in us that it creates shame and low-self esteem, which takes years for a lot of us to overcome before, and especially after, we come out.

Given our experience, how can we then do the same to someone else, who is brave enough to share with us who he is and live his truth?

It’s okay not understand someone when we are not in their shoes and walking their walk. But it is certainly not okay to tell them they are not enough, not a real man/woman or deserving of the accolades they received because of their gender identity.

Gabriel Green is President of the Los Angeles Band Of Brothers, President of Bears LA and Executive Producer at Green Mirror Entertainment.