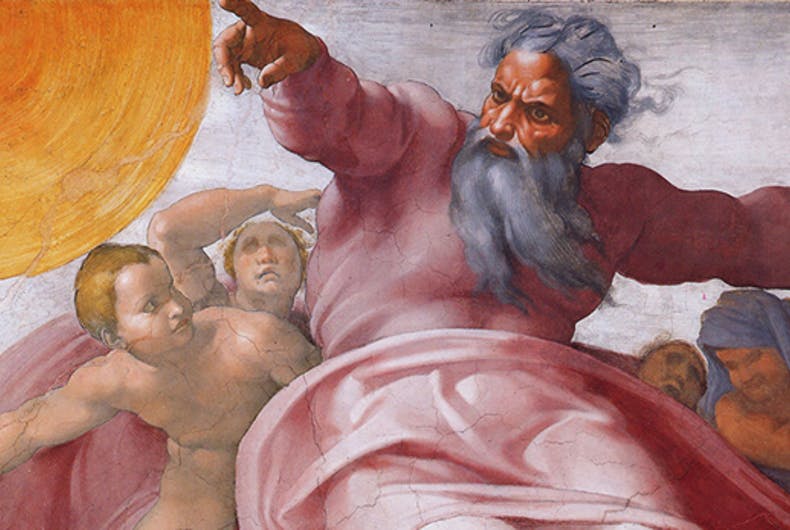 Daniel Villarreal from LGBTQ Nation reports on an unfortunate episode between God and Twitter.

You may not have realized this, reports LGBTQ Nation, but God has a Twitter account (@TheTweetOfGod). It’s a satirical account (of course) with nearly six million followers whose foul-mouthed tweets largely mock Trump and conservative Christian hypocrisy.

God regularly tweets in support of LGBTQ people. But one recent pro-LGBTQ tweet got him suspended by Twitter… and God was not happy.

God’s tweet in question, issued January 2019, said, “If gay people are a mistake, they’re a mistake I’ve made hundreds of millions of times, which proves I’m incompetent and shouldn’t be relied upon for anything.”

READ WHAT HAPPENS NEXT HERE: