The Crown Jewel | The Fight Magazine 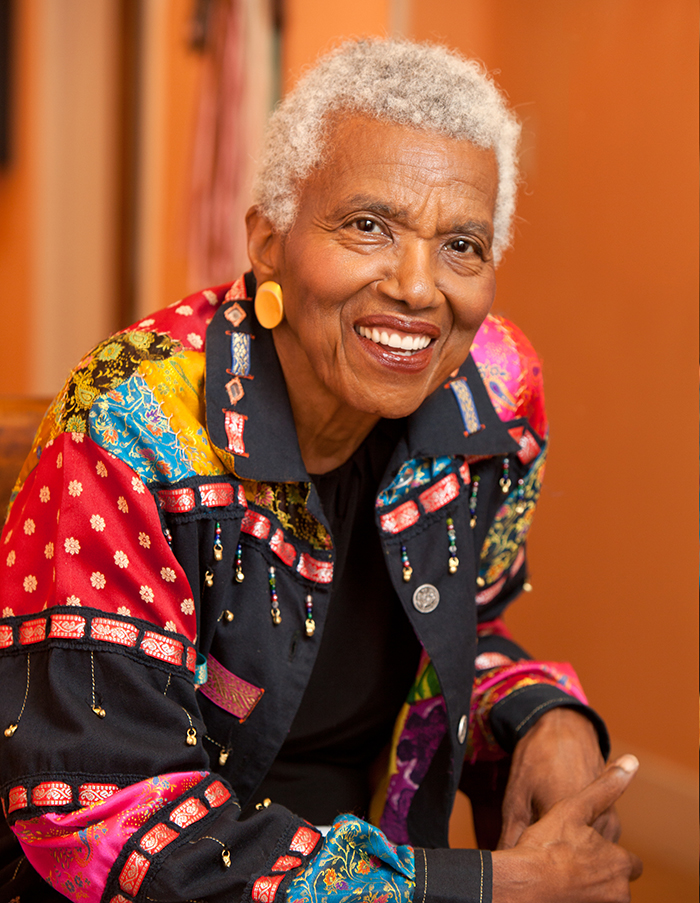 Jewel Thais-Williams, founder of the legendary Jewel’s Catch One Disco, on activism, life in sobriety and her holistic care organization.

In the early 70s, a young Jewel Thais-Williams purchased the Diana Club on Pico Blvd. in Los Angeles and, against resistance and all odds, transformed the space into the legendary Jewel’s Catch One Disco.

At a time when the idea of even a female bartender was controversial, Thais-Williams, a queer woman of color, stood at the helm of what would become one of the most famous gay nightclubs in the world, an oasis for queer people of color and their allies.

Frequented by celebrities, personalities and queer people from all walks of life, the club provided community in an otherwise harsh and oppressive world. Gathered by the music, dancing, and the common heartbeat of people looking for love and acceptance, Catch One and indeed all of Thais-William’s ventures have had activism and community at their core. After handing the keys to the club over to what is now called Union, Thais-Williams shifted her focus to her holistic care organization, The Village Health Foundation.

In an interview with THE FIGHT Jewel talks about spiritual teachers, activism and her life in sobriety.

Who is someone that inspires you today?

There’s so many people. Most recently, my mentor and friend Donald Kilhefner, who was one of the founders of the LGBT Center. He is a psychologist and he helped shaped who am, and especially made it so that I was appreciate and accepting of who I was. Black, lesbian, alcohol and drug abuse, whatever my issues were, he was always there, first as my psychologist and since then as a friend for the last 25 years.

Celebrities and personalities often frequented Catch One. Do you  have a favorite celebrity story?

Well, I really liked the idea of how the patrons of the club, the gays and lesbians who came to the club, perceived themselves as being personalities. Celebrities would feel comfortable coming and partying without security guards because it was actually about the music and being yourself. They were there for the party! There was one individual who came and she was really the only one that people tried to rush for her autograph.

… All my life there was some kind of obstacle, whether it was about being black or being gay or being a woman. Somewhere along the line I came to the conclusion that fear was the absence of faith. So if I turn it around, instead of being afraid of what might happen, believing that whatever it is, I have what it takes to overcome what may be coming my way.”

And who was that?

Do you have a favorite look or costume that really blew you away at Catch One?

Just about every Halloween folks really went out for the costume contest. These folks looked like they had professional made costumes but they were their own looks and their own creativity. All the drag and hair and make up that these people did themselves, some people don’t realize.

You are drug and alcohol free?

Alcohol and drug abuse is a big issue in the gay community. What would you say to someone struggling with that right now?

I would try to get to the bottom of why it was they were doing it, what it made them feel like. Then I would want to convince them that they’re better than that. You don’t really know what skills or talents you really have that after being sober for a while you realize, “wow I can do better than that.” Everybody has gifts that you can bring out better sober, better than if you’re high. You are better than that.

Courage is not the absence of fear so much as it is doing something in spite of fear. Tell me about a time you faced  a fear and overcame it.

There’s so many. There’s constant fear of failing and not making it. What if this happens, what if that happens. But wow, all my life there was some kind of obstacle, whether it was about being black or being gay or being a woman. About being overweight, it was always about something. Somewhere along the line I came to the conclusion that fear was the absence of faith. So if I turn it around, instead of being afraid of what might happen, believing that whatever it is, I have what it takes to overcome what may be coming my way. You go from that to finally after years and help from spiritual teachers to realizing that most of what you fear, a big part of it, like 90 percent of it, never happens. We spend a lot of energy worrying about stuff that’s not going to happen anyway. So whenever a fear comes up I put that belief to work. I have a mantra: “I let go of the past, I am at peace.”

Your activism in the community has been at the heart of everything you’ve done. Can you describe your organization, Village Health Foundation?

We provide nutritional counseling and holistic care and my job as an elder in the community too is to make sure I’m available for counseling needs, whatever they are whether they’re health related or not.

How long have you been interested in holistic care?

Pretty much as long as I can remember. My folks are from the South and believed in herbal remedies, and it worked. My older sister is 87 and the youngest is 52 and we’re all in good health. And my dad lived to be 91, my mom was 96 and my grandmother was 93 and she had never been to a doctor in her entire life!

What is something you’d like to say to a new generation of queer people of color who are coming up in the world today?

Respect, remember and carry on the legacy that we’ve already laid down for them. Be appreciative that there were hard-fought battles for everything they might take for granted now. We were the ones who did that. I’m here to aid them if they need it. I have several young people who make an appointment and come by the clinic because they just want to talk. I appreciate being there for them.

For more information about Village Health Foundation, you can visit www.villagehealthfoundation.org. A feature length documentary detailing Thais-Williams and her experience with the nightclub, Jewel’s Catch One, is available for streaming on Netflix.