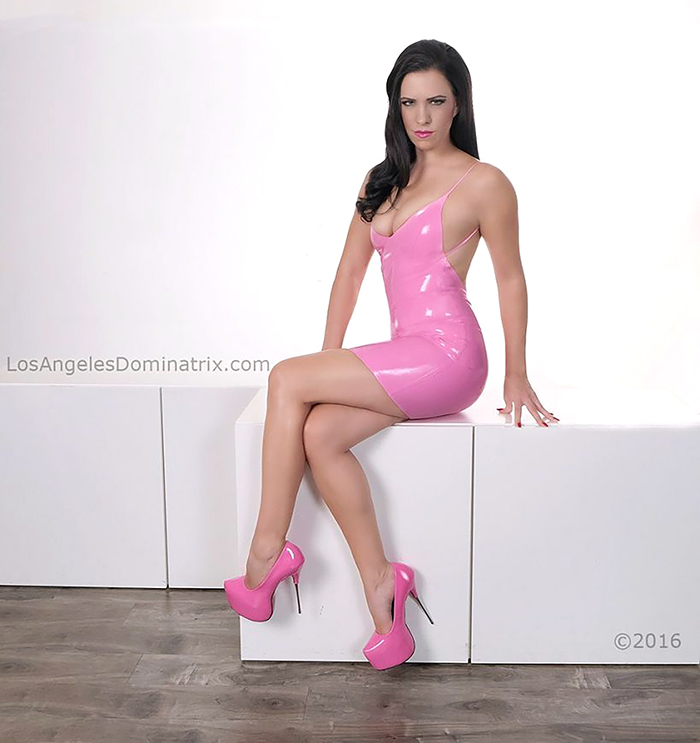 In an interview with THE FIGHT Cross talks about navigating between her personal and professional life, gender bending and 50 Shades of Grey.

My queerness is more in my personal life, even though it’s something I’m out about. Over the past few years I’ve been involved with more events in the queer community which has been definitely more fun because I’m getting to do what I love to do with friends and in my community—versus, you know, doing what I do for a private audience of one—generally a middle aged, male, client…

More or less… Most of my clients are middle aged, white, male, heterosexual for the most part. I think that has a lot to do with who has disposable incomes… Because—you know—everyone’s into this! It’s not just middle aged, white men!

What drew you to this line of work?

I moved out to Los Angeles after college. You know, I’d done [BDSM] in my personal life and I knew a couple of pro dommes but it wasn’t really the right time for me to get involved with it. So I moved out here and I had a regular job, nothing particularly special. But I guess I just thought, well, I’ll just google “Los Angeles” and “dungeon” and see what’s around town. So I found a space and I started working there for about a year. It was a commercial dungeon which is very different than the kind of space that I run. At a commercial dungeon there’s a staff of people working there which generally includes professional dommes, switches, and subs. […] There are very specific rules there about what you can and can’t do. Your rates are set for you by the person who’s running the space and things like that.

So I was there for about a year and I wanted to move on and become an independent domme and set my own rates and have my own clientele. So I did that and I was renting from other spaces. And then I realized that I was renting from other spaces so much that I was paying their mortgage! That was when I realized I needed to have my own dungeon. So I got my own dungeon and realized that I didn’t wanna pay rent—so I started renting the space out to other people and then that went so well that I ended up needing another space. So then I got another space and now I have these two dungeons and still book my own sessions and my own time… it turned into a really an entirely other business that I wasn’t really expecting it to when I first started doing it. But as it turned out I was really good at business and marketing. I have degrees in literature and psychology so that was not totally expected. But here I am!

More information on Mistress Justine Cross can be found at www.losangelesdominatrix.com.