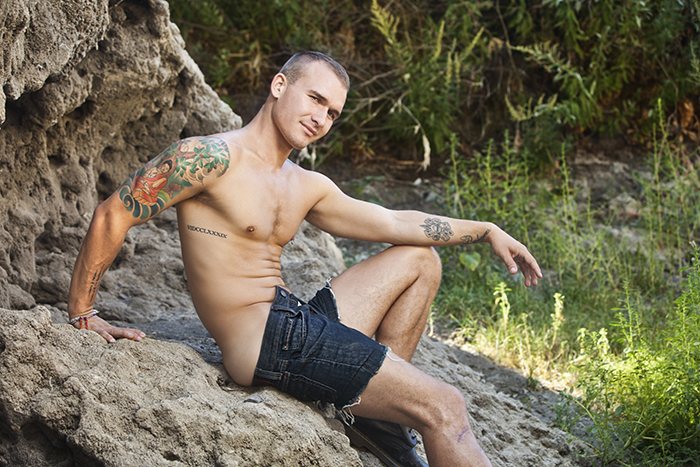 Thomas Harris on moments of clarity, windows of opportunity and how yoga became an integral part of his recovery.

Thomas Harris, a yoga teacher hailing from Laguna Beach, California. is a rare breed. A seeker. A man with an abundant curiosity. He traveled to the birthplace of yoga, in Rishikesh, India to learn from the masters: the people who are living the lifestyle of the yogin and yogini day in and day out.

“I was physically unhealthy and mentally unstable from the drugs, and emotionally and spiritually I was completely bankrupt. I got clean and sober because my life had come to a point where I would either choose death or choose life.”

Yoga, like recovery, is a delicate process. There ought to be, at the very least, a subconscious gratitude for people like Thomas Harris, especially in the rooms. Whether that gratitude be on the mat, getting ready for a set of sun salutations, or in one of those church rooms, getting ready for the morning meeting, coffee in hand, steam rising up, ready to reveal yourself, it would certainly be a delight to see Thomas there.

When did you get sober?

What made you decide to get clean and sober?

Drugs and alcohol were no longer working for me. I was very close to death, I hated the way I felt inside, I became an intravenous drug user, I was homeless and living on the streets, I was in and out of jail and mental institutions, I was physically unhealthy and mentally unstable from the drugs, and emotionally and spiritually I was completely bankrupt. I got clean and sober because my life had come to a point where I would either choose death or choose life. The last night of my using I had a moment of clarity and a window of opportunity where I completely surrendered to my disease and became willing to do whatever it would take to get clean and sober and since that night my life has infinitely changed for the better.

Do you feel, as a gay man, that the LGBTQ community is more prone to addiction?

I believe that drug addiction and alcoholism does not discriminate. Whether you’re a millionaire, a bum on the street, gay, straight, all ethnicities, the disease has the ability to manifest in anyone. I believe that addiction definitely runs rampant in the LGBT community but it runs wild in every other group of people as well. So I can’t say that the LGBT community is more “prone” to addiction than other groups as addiction can happen to anyone.

What does your yoga practice provide you?

Yoga, for me, invokes really nice intuition. And positive thinking, which directly correlates to my recovery, because my default is to be in a negative headspace… yoga brightens my day, it really lights me up on the inside, and that’s why I practice it.

What about when you’re teaching yoga?

Teaching it has taken me to a whole other level, because I am sharing it with other people now, and that for me is… I can’t even explain the feeling…I’m elated, and joyful when I can share my practice with another human being.

How did you find yoga?

I started doing yoga when I was around ten years old with my mom. She would practice at home, and I used to be a springboard and platform diver when I was growing up, and I did gymnastics, so yoga was sort of something I did with my mom. I really started taking to it at a young age. And I didn’t get super serious about it until I was clean and sober.

How does your yoga practice inform your recovery?

When I first got sober I had an idea of a higher power, and it was very simplistic in the beginning. I really used AA as my direction to rely on; my higher power was the group. So I knew that whatever AA told me I could rely on and trust, if that makes sense. And as my spirituality grew over the last five years I learned that I was able to venture out and explore other options in my recovery, one of them being to do yoga as a spiritual practice, not just a workout.

How do yoga and recovery relate to one another?

We’re taught in recovery to have a meditation practice and yoga is a part of my meditation in a way. It forces me to be present. In the moment. With my breath. With my self. With other people. Downloading positivity. Yes, they directly correlate. Because it is just an extension of my recovery. And it is a part of my eleventh step.