Rules Of Engagement | The Fight Magazine 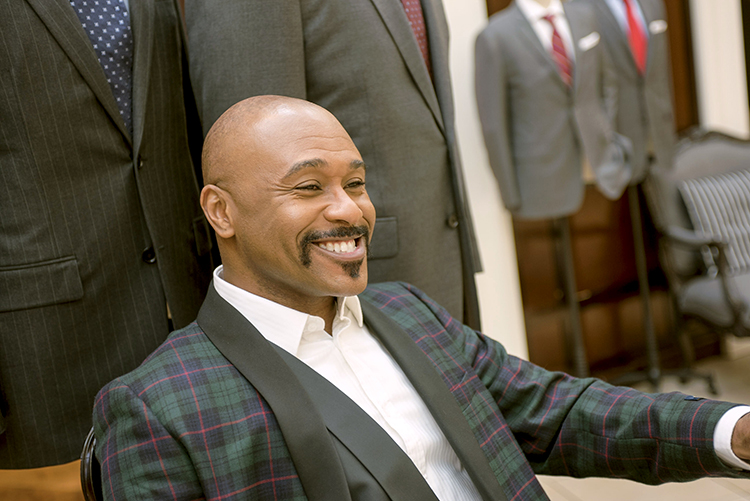 “Gay Groom” Robert Blackmon: “Creating your own customs and traditions are how new things begin.”

I often run the gamut of emotions when I see a friend’s Facebook status change from “Single” to “Engaged.” This is especially true if that friend or friends are from my LGBT community. I don’t know why, but there is something about that little seven letter word that changes the game completely. People who were the bar hopping type suddenly become homebody nesters. Those who never seemed to be able to hold a relationship for more than two weeks become focused and more settled. Sometimes I don’t know how to act or what to say, because it seems so out of character to their personality. But I am thrilled for them none the less.

While some gay people choose to go the traditional route and do the whole down on one knee thing, many in the LGBT community take a different approach.

One image in particular sparked this article. A friend of mine posted an image of him and his partner, but it was what you didn’t see that made it a beautiful moment. An above shot of their hands, one atop the other wearing matching black leather bracelets with a polished silver plate (suitable for engraving I would assume). This was such a powerfully strong yet tender at the same time. These are two very masculine leather men. Literally the silhouette of Tom of Finland iconography. It sent chills down my spine at the unusual and very personal way they chose to announce their union. It got me to thinking about the other various ways that we in our community break from heterosexual traditions.

As “The Gay Groom” I have one rule that I always remind my clients. The only rule is that there are no rules. Creating your own customs and traditions are how new things begin. The very essence of how we have developed as a community of “outsiders” coming together to form our own chosen family. Conforming to what society deems as normal and traditional go against who we are. I’m not saying that you have to be different in your traditions, but there isn’t a necessity for you to do so either.

Two women in denim jeans and matching bow ties with an officiant and a witness in the park. Certainly not traditional. It’s not even remotely what we immediately think of when we think of a bride. But if that is how they feel comfortable and it makes them happy go for it! Who says there has to be rice and flowers? After all building a life with another person is about those two people and the others that they chose to be a part of their lives.

Take mine as a prime example. My then boyfriend (now husband of eight years) Martin chose what I would consider the most awkward time to propose. We were headed to San Francisco for the Folsom Street Fair and stopped overnight at a wonderful cliff side hotel with limited cell phone reception. Great for a romantic getaway, bad for the business conference call that I had that evening. By the time the choppy phone call was finished I was in a right foul mood and wanted to do nothing but roll over and go to sleep. Martin had other plans. As I was turning out the light he said, “Can you reach over in the corner and hand me “that” out of my travel bag?” I wanted to tell him to get out of bed and get it himself, but I honored his request. “Open it”, he continued. It was a long gold box. You know the ones that have the white pressed cotton padding inside. I’m now completely confused and my Ice Queen exterior quickly begins to melt. He then said, “You always say we act like an old married couple. I never see you wear any jewelry and I don’t know your ring size so I hope this will do.” I opened the box to reveal a simple shiny gold necklace. As the tears begin to well up in my eyes he then says, “Will you marry me?” Well hell—by now I’m a puddle of tears! I screamed out loud “Yes!”

That was nearly nine years ago that he put that simply gold necklace around my neck and it’s NEVER been removed since. Not one time. That amazing heartfelt gesture from a very quiet person meant more to me than anything.