CELEBRATING THE TIES THAT BIND

Your judges for the Mr. L.A. Leather 2016 contest. For more detailed bios on each judge visit losangelesleatherpride.com. 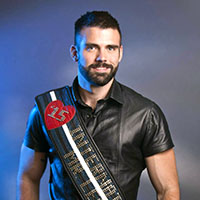 Active in politics, Patrick’s focus as International Mr. Leather is on international and domestic LGBT political activism. He has traveled to countries including Uganda and Ukraine to meet with prominent LGBT activists and learn more about how western society can make a difference. 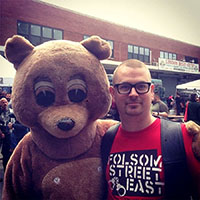 Dave Hughes is a leather activist, community organizer, event promoter and DJ. A native of San Diego, Dave holds the titles of Mr East Coast Rubber 2005 and Mr Full Rubber 2006. He was a judge of the International Mr Leather Contest in 2012.

Master Kevin is a Los Angeles native and is one of the first members of BearsLA. Active in both the leather and bear communities Master Kevin has been a den daddy, judge and tally master in feeder contests to Mr. Los Angeles Leather. 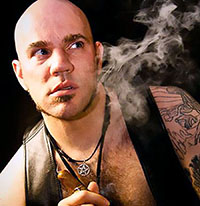 Jasun Mark didn’t really seem to understand what we meant when we asked for a bio and he sent us a list of all the title holders he’s shagged. Clearly this is totally inappropriate which means it probably wasn’t a mistake. We apologize for including him. We’ll get someone more respectable next year. 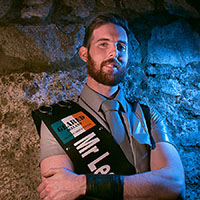 “With the writing of equal rights for LGBT into our constitution, we have never felt more proud to walk with our heads held high, and in our high-shine boots. I am privileged to be a part of it,” says Kevin Murphy, Mr. Leather Ireland 2015. “My focus has always been on valuing both inclusiveness and diversity. By embracing this, we have all ensured that our community will thrive.” 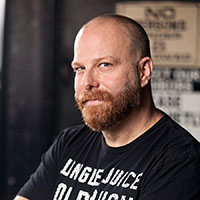 Also known as Sister Candy Cide of the Immaculate Misconception, Eric is the founder of the Los Angeles House of the Sisters of Perpetual Indulgence, currently celebrating their 20th Anniversary. Eric co-produced the Mr. Sister Leather Contest numerous times over the past 16 years. Eric has proudly been resident DJ at the Eagle LA for the past thirteen years and at the Bullet Bar for the last four years. 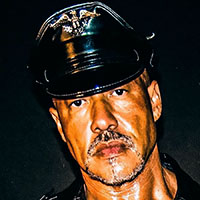 A resident of Palm Springs and a retired correctional officer, Clifton broke fundraiser records as Mr. Palm Springs Leather, raising over 20,000 dollars. His charities include: The Trevor Project, a suicide hotline for LGBTQ youth; For the Children, A foster/adoptive parent support group in the Coachella Valley; The Center, LGBT Suicide Prevention & Anti-Bullying Presentation in the Classroom and others.