With 2016 upon us we asked a few sober individuals with various lengths of recovery to reflect on their sober life in 2015 and what they hope for in the New Year. 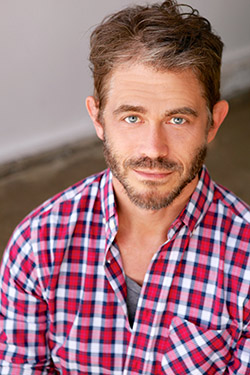 In 2015, my father died and I was able to—at nine years of sobriety—maintain peace and serenity through that experience and a lot of that is because of the renaissance of my sober program. I don’t mind revealing that I am in a 12-step program. There is no sobriety without it for me. Staying away from drugs and alcohol—without a daily spiritual maintenance—there really isn’t any point. What I have found in 2015 is that people who are only staying away from drinking and using without a spiritual reprieve are absolutely miserable. And they tend to make other people miserable because character defects are not being addressed. I’m greatly opposed to the idea that you can live a sober life without some form of Higher Power or God, because millions and millions of people have become sober through the intervention of a spiritual experience… In 2016, I plan to continue to improve my work as an artist, as a violinist and as an actor. Through the program of recovery, I now have a confidence and a drive that I didn’t have before. 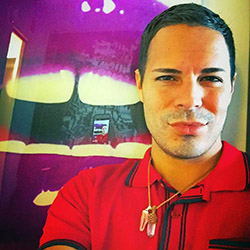 About a year and a half ago, I basically lost everything. I was homeless and I had to go into rehab and that was the greatest thing that ever happened to me. The lessons I learned in 2015 is that by fully committing to my recovery, I’m able to recognize that I’m totally responsible for all the actions that I take and there are consequences to those actions as well. I learned mindfulness and awareness in order to move through life. In 2016, I reunited with my father, who I have not spoken to in over 5 years. I also reunited with my brother who I found out is also in recovery, which gives me a drive to be an example of sobriety. I can actually be present and show up to write. I’ve been working daily on my next novel that is coming out at the end of this year. I also applied at four universities for a Masters in Dramatic Writing for the Television and Screen. Today, I can be a man of my word and a man of integrity and I’m able to help others if sobriety is something they want. I had the gift of desperation and for me, it was life or death. I choose life every day. I’m just really happy to be in sobriety… Everything you want is totally possible if you commit to a way of that is completely sober. You are not alone. 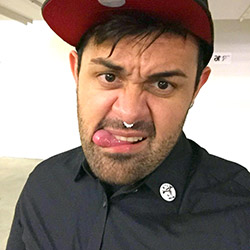 I turned eight years sober on Christmas day. It’s not a pretty story. I literally just ran out of money and woke up sober. It’s not like a saw the light and Santa gave me the gift of sobriety. I was broke. I guess it takes what it takes. Looking back at this year in my recovery, this is the first year where I decided to stop trying to live sober and fighting for sobriety and to start living in recovery. I’ve heard people say that over and over again. Fighting for sobriety has more to do with me trying to figure everything out and trying to control everything. Living in recovery is about just living and going with the flow and trusting that God has a plan for me and that everything is going to work out and I will be OK. I hope 2016 is an extension of 2015. I went to school. I’ve been getting straight As. I traveled a lot. I went to many concerts. Now I hang out with friends and I stopped isolating and just started living. One of the big things that happened in 2016 is that I allowed myself to fall in love and I had my heart broken. I hope it happens again in the coming year… just not the broken heart part. I learned that when I stop trying to figure things out, all these amazing things start happening to me.