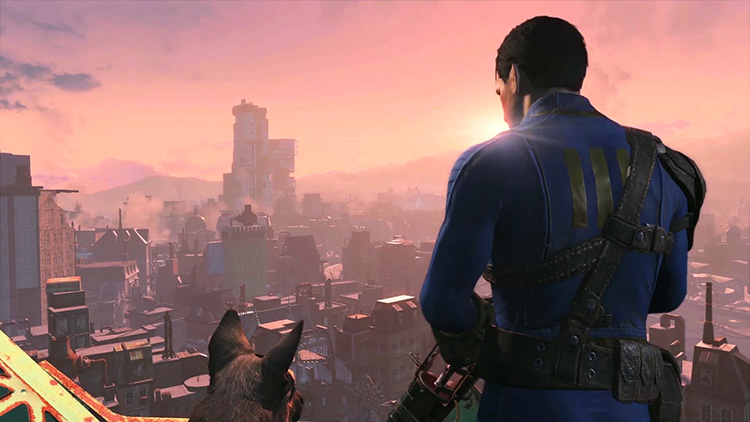 Some stocking stuffers and Santa approved recommendations that will even make the biggest video game fanatic drool.

Not only did this game get some of the biggest launch madness in history, but the game lived up to the hype. Being a hero, you roam the nuclear wasteland to recover a loved one and on your journey you find unlikely friends, cool guns and toys, and a shitload of trinkets. All that while taking in Boston’s landscape. Not to mention the story is just stellar. Every choice and action you make, so many other events unfold down the line. So if you have someone who is a science fiction or action adventure player, don’t hesitate to get them a ticket to this awesome open world wasteland.

The Phantom Pain—Ok Ok….yea, this game might be a little intense. But I said, goddamn..It is oh so good. Hideo Kojima’s last hurrah in the Metal Gear Solid franchise comes to a brilliant finish while you play as Big Boss and take down some eccentric foes while building your military that sets the stage and finishes one of the biggest stories in video game history. A lot of controversy surrounded Hideo’s final days, but this is his last touch took video game players by storm with it’s stealth action, free roaming sand box mission system, and it’s partner mechanics. Plus, it doesn’t hurt that the graphics are just mind blowing. Have someone who loves spy and war games..or hell..action adventure.. Metal Gear is a sure fire classic.

Aww yeaa… You know him. You have seen him. You have played countless times as the lovable plumber with the stache. But have you made the perfect levels that made you fall in love with him? Probably not. We all have a nintendo friend. The one who keeps it old school and this game is no exception. It is sheer fun and addicting. Construct some of the coolest and hardest levels with Super Mario Maker. Upload them. Play other people’s levels and rate them. No matter how many great titles there are, Nintendo always has a ace up their sleeve and with Mario, you see why he is still the most kick ass character around even Santa couldn’t put it down. Just Sayin.

The fifth entry for the XBOX One. Halo 5 still keeps it’s mechanics that made it great as a first person shooter, but also improves on what made it lacking in the past. Keep the perfect controls and fix the problems, and put an engrossing action packed story..and you have HALO 5 (Preach). Plus the new guns in this title are so freaking cool. I mean, come on..Other developers need to take note of this…because throughout the whole game you find yourself taking in the visuals as well as firing some insane arsenal that makes you itch to see what other new guns are hiding. 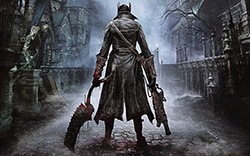 Sleek character design. Check. Haunting and beautiful environments. Check Hardcore yet simple gameplay mechanics. Double Check. Getting your life back? I lost count on how many times I died in such a stellar game. Bloodborne, a break off hit from Dark Soul’s and has become a huge behemoth in the action adventure category. But with it’s old school style gameplay, you feel a sense of nostalgia. Some of us can remember Castlevania on the game boy as well as the nintendo console, where you would fight werewolves, ghouls, zombies, dragons, and whatever else that was lurking in the shadows. And with Bloodborne. it feels similar..except on steroids, and on the PS4. Make sure for when you gift this..Bring a stress ball and some bandages. It just hurts so good. grin.