Dancing With Britney | The Fight Magazine 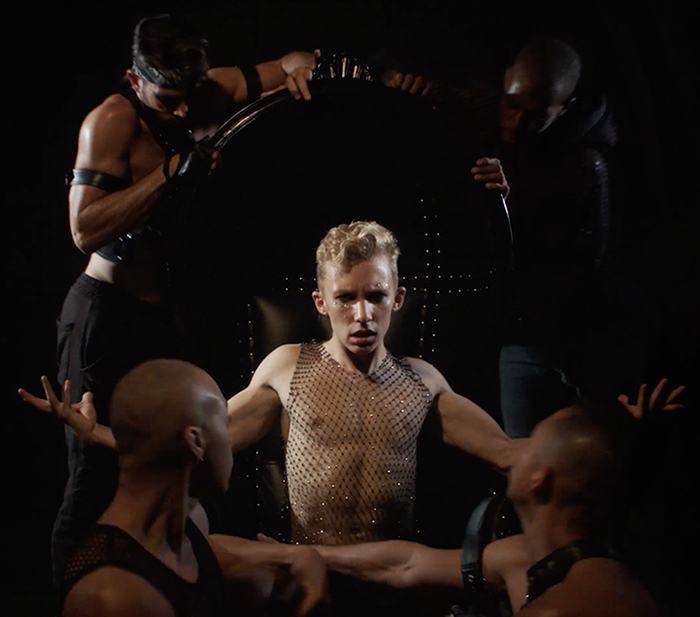 Alex Van Der Hoek on his musical journey, growing up in the South and how Britney Spears changed everything.

To be perfectly honest (if that’s even remotely possible), I must admit I had a few deeply shameful stereotypical misconceptions about writer, dancer, singer and actor Alex Van Der Hoek.

Aside from the interesting last name (a Dutch toponymic surname meaning “from the corner”—thank you Wikipedia) I thought to myself, oh Jesus, another starry eyed kid from out of town looking to make it big in Hollywood, a dime a dozen. Probably not all that talented, but cocky, arrogant and self-absorbed—good luck with that!

And then we met. And despite my haughty know-it-all attitude—I found him quite the opposite of what I was expecting. Humble, gracious and sincere—Van Der Hoek is thoughtful, introspective and quite talented. His most recent music video—Dead Without Dancing—inspired by a quote from Britney Spear’s 2008 documentary For the Record—is entertaining, with a catchy beat and professionally done.

28 years old, originally from Alpharetta, Georgia, Van Der Hoek  moved to Los Angeles ten years ago “the same age that I came out of the closet.”

“I’ve had to unlearn a lot of the conservative values of the South that prevent you from being your authentic self,” he reveals. “Down there it’s about being polite and not being too loud or standing out too much or being different. You walk around and most everybody looks the same. As a kid, everyone knew I was different and I was targeted a lot despite my efforts to conform. But I also wouldn’t be here today without all of the allies, teachers, family, and friends who stuck up for me and defended me from the all of the insults and bullying I received back then. The people who cared about me always told me that I was meant to live in California so I always had it as my dream to live here. There was always this idea of ‘you’ll be safer there’ when I was growing up.”

Van Der Hoek’s passion for music stems from his parents reluctance to allow him to take dance lessons when he was a teen.

“My parents were already semi cognizant of how much I was being bullied at school so they didn’t want me taking dance classes and getting picked on even more. So before school every morning, I would wake up extra early and dance along to the music videos of Beyoncé, Shakira, Madonna, and Britney. They became my unofficial dance teachers and my best friends … if that doesn’t make me sound like too much of a loser. But I mean I kind of was!”

That was then. Nowadays—with four songs and two music videos under his belt—Van Der Hoek says that the underlying message in all of his work is “to make people feel less alone, to reclaim God for everyone, and to put on one hell of a show while doing so. I feel like the psychological impact of being told as a queer child that God is not for you is something that doesn’t get talked about enough. When a community reveres an all-loving God and then we’re told by that same God ‘you can’t sit with us,’ it causes severe cognitive dissonance for a child. When that God is suddenly taken away, what does that do to the child in how they view themselves and their sexuality?”

“This privilege is something I at times feel incredibly guilty about, but in seeing how many of my friends are STILL rejected by their families has made me see that it is my responsibility to share this love and to return the idea that you are perfect just the way you are especially if you’re LGBT and you like sex. So if your God and your parents don’t love you for who you are, fuck them (or as we say in the South, bless their hearts) because my God loves you and you can come hang with me.”

Van Der Hoek’s most recent video Dead Without Dancing  premiered last month at THE FIGHT’s November Issue launch party at The Abbey in West Hollywood. It is “about living out that childhood fantasy of dancing with Britney which got me through so many days of middle school hell.”

“I’m finding that most of my songs deal with personal legends and wrestling with your own purpose of what you’re designed to do,” reveals Van Der Hoek. Even Georgia Summer Dream, which is largely about the rise and demise of a former relationship of mine is about how we weren’t destined for each other, but we learned what we needed to in order to continue on our own personal journeys. The central messages for my cover of Nature Boy, Ocelot, and even Dead Without Dancing are about coming to grips with ‘this is who I am’ and ‘this is what I want’ and learning not to be afraid of that.”