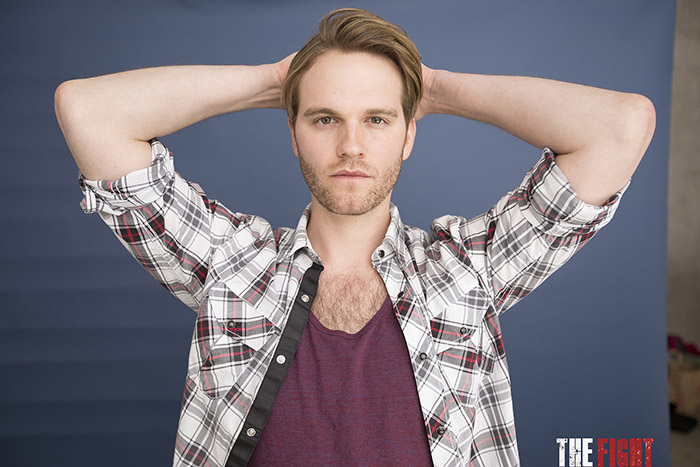 Van Hansis was thrust into the national spotlight when he was cast in the now iconic role of Luke Snyder on “As the World Turns,” half of daytime TV’s first “power couple.”

The couple broke new ground for daytime television audiences, from having the first gay kiss on a soap to actually consummating their relationship, despite pressure from anti-gay groups.  While the series should be applauded for the storyline, the progress towards equal representation owes just as much to the fans of the show, who led numerous campaigns to give the characters more screen time and to afford their relationship as much intimacy as the straight characters on the show.  Ultimately, “As The World Turns” fans proved that their voices were louder than the voices of the hate groups that wanted to suppress the storyline.

Hansis ventured once again into uncharted waters when he was cast in the role of Thom on “EastSiders,” a web series that I created that aired on Logo.  The series is a dark comedy about infidelity, following a gay couple in Silver Lake trying to stay together after Hansis’ character is exposed as having a second boyfriend.

As with the LGBT storyline on “As the World Turns,” our show would not exist without the fans, as we financed the first season of the show entirely through a Kickstarter campaign. By producing the show independently, we were able to tell the story on our own terms, free from the constraints of a commercial development process.

Over the past few years the internet has experienced a veritable renaissance of LGBT programming, and it’s such an honor to work with someone like Van who was instrumental in the battle to depict gay characters on TV. I sat down to interview Van for “The Fight” about his career, discrimination in the industry and the Kickstarter campaign for season two of EastSiders. 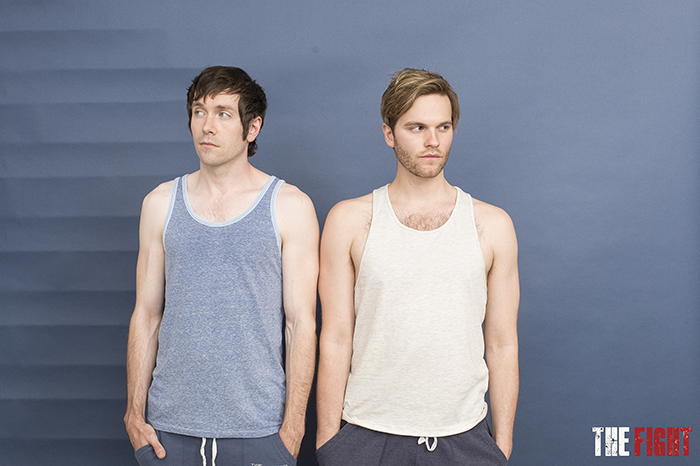 You were nominated for three Daytime Emmys for playing Luke Snyder on “As the World Turns,” and Luke and Noah’s storyline was a first for soap audiences around the world.  Were you aware that you were making history at the time?

The reaction was really fantastic from the fans. I feel like Luke and Noah were embraced as characters. Of course I think part of their popularity came from the fact that they were gay and that was new and exciting and different at the time. But there were a lot of fans who liked them for them—not because of their sexuality but because of their character’s strengths and flaws. I think there were long time fans who started off not liking the storyline for the gay content of it who were won over by the love story—indeed, at the time I got a lot of mail saying such—and Luke and Noah helped change and shape their views about the LGBT community.

As far as making history at the time—I knew because I was being told that by people who knew the world—I had never watched soaps, so the historical part of the show didn’t truly resonate until I started getting response from people whose lives the story changed. I didn’t really get the weight of it at the time.

They are both a product of their respective times/ages/and genres. Luke was on a major network daytime soap, which—although in my experience wasn’t at all the truth—the sentimentality of the media, in regards to the typical soap viewer, painted them as conservatives from the bible belt. I think Luke’s story, while groundbreaking, was also very cautious. I think it says something for the viewers that they reacted so wholeheartedly to the story, thus giving affirmation to the creators and network to move forward.

Thom exists almost a full decade later than the initial Luke stories—and he exists in the world of web content, which inherently can takes more risks in its storytelling. I think a similarity that both characters share is falling into the gravitational pull of self-centeredness—but feeling really, really bad about it.

You were out in your personal life, but you didn’t speak out about your sexual orientation at the start of your career. What was your hesitation?

I guess it was a combination of a lot of things—It was my first job, it was a different time back then in regards to LGBT stories being told—I mean, the Luke story was groundbreaking at the time. Now, I think every remaining soap has a gay storyline. I was completely green, fresh out of college, and honestly, I was scared. 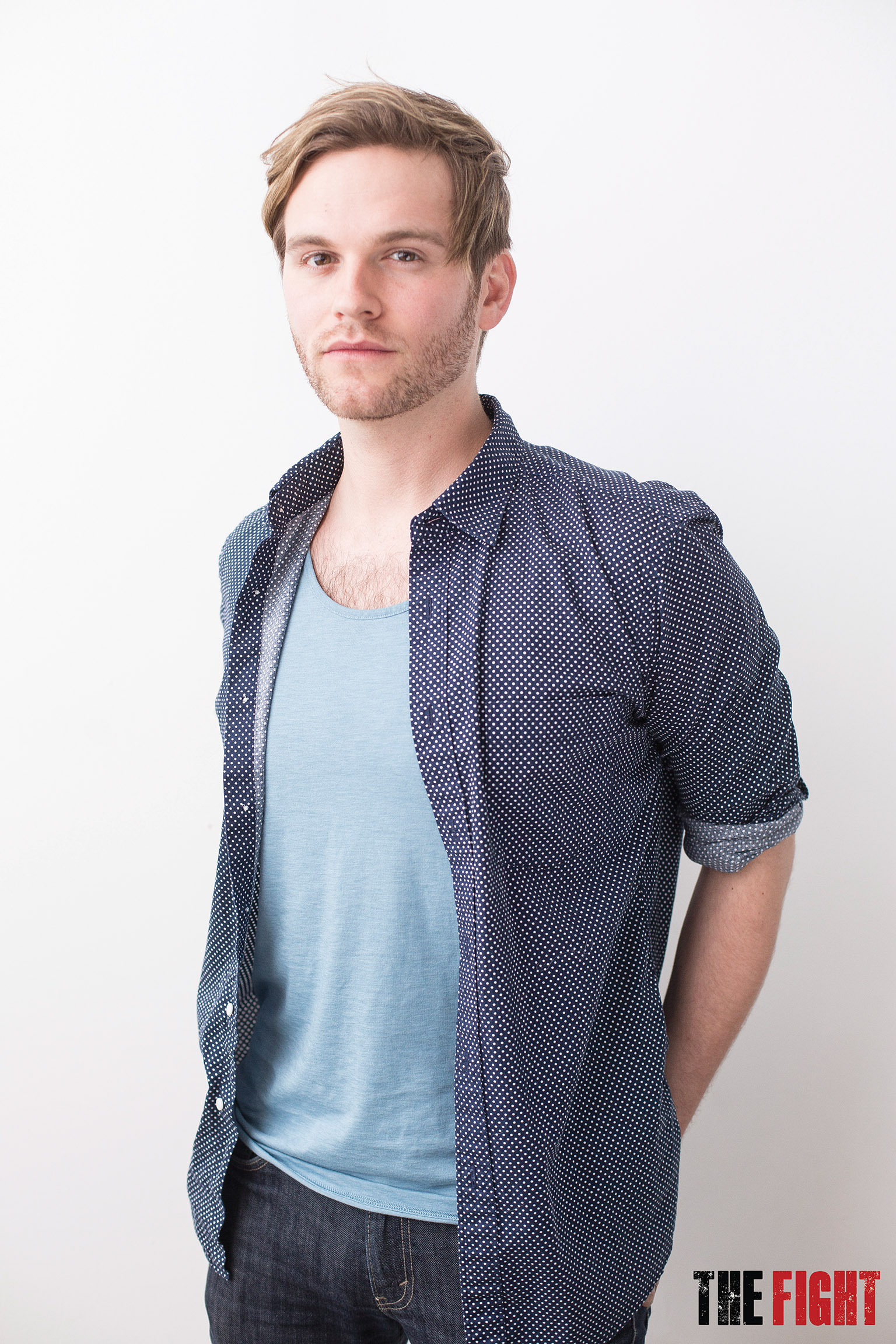 I’ve been out since I was sixteen, but when I first came to LA my agents were a bunch of Hollywood bro guys and I was afraid they wouldn’t be able to see me in straight roles. It’s a fear I still harbor, and it’s not necessarily paranoia. I met with a manager a couple of years back who told me I was “fey” and that I would need to “work on that” to be her client. On the flip side of things, I was once fired from a movie because I wasn’t “gay enough.” Have you ever felt pressure to act a different way to fit into someone’s preconceived notions?

I think this is part of the reason I connect with a show like “Eastsiders” so much. It, along with so many other really remarkable shows—whether LGBT focused, or just including some really great LGBT characters- are changing the narrative on preconceived notions. While for decades LGBT characters in cinema could be the villain, victim, or asexual comedic relief—shows like what you have created have characters so well rounded that you can be all three, and so much more. As we all are, often in the same day.

“Eastsiders” – along with so many other really remarkable shows—whether LGBT focused, or just including some really great LGBT characters—are changing the narrative on preconceived notions.

It’s amazing. I wouldn’t have been able to be a part of “Eastsiders” without crowdfunding. Also, I think it’s really fantastic that people can have a louder voice when it comes to choosing what stories they want to hear, what sort of media they want to consume. It seems a natural progression in how we view television from just having three networks, to cable booming in the 90’s, to today. I think crowdfunding is one of the great success stories when it comes to the arts in the internet age.

What are you most looking forward to in season two?

I am excited that the scope of the project is so much larger, it is kinda like season one was the tip of the iceberg in the lives of our characters. Season two really opens those lives up—where they live, who they love, who they maybe hope to become some day. It keeps though, the heart and intimacy that was so beautiful constructed in the first season.

Speaking of web series, you’re about to direct a web series of your own called “Ms. Guidance.” What’s the story behind your new project?

Honestly, watching you create “Eastsiders” was a really huge eye opener for me. It was so refreshing and exhilarating to see someone have an idea, and nurture that idea to execution and beyond. I saw firsthand how this was a real and exciting possibility.

“Ms. Guidance” is an idea I’ve had for a long time now. I went to a performing arts boarding school, as did you. We both know what a unique high school experience we had—what a unique world we experienced—where such a premium is put on creativity. My story is a dark comedy about a woman who went to a school like ours and upon graduation has everything going for her, but also unfortunately has an inhuman amount of entitlement. Ten headshots later, her resume is still the same and she has a nervous breakdown and is forced to return to her old school to act as an interim guidance councilor.

Any final words to the “EastSiders” Kickstarter backers?

All I can say is thank you, truly. “Eastsiders” is a project that I really love being a part of. Even if it had just been one season, the series is something I am so proud of, for you, for myself, for everyone on board. The opportunity to come back—this time to an even bigger and stronger family, both in front of the camera and behind—Is a really amazing prospect for me. I can’t wait to be back in LA filming.