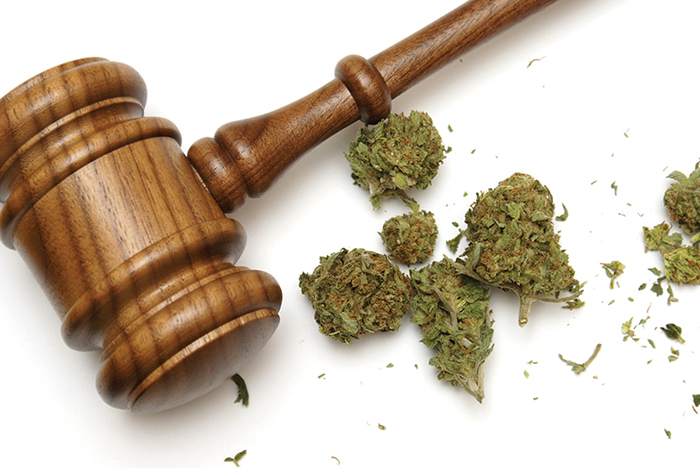 The Changing Face Of Cannabis Laws In California

The conflict between federal and state laws continues to be played out in court.

• No matter what your views about the recreational or medical use of marijuana, California is on a path to the eventual legalization of pot. Marijuana laws in California are changing at such a rapid pace that it can be difficult to know what is and isn’t legal in terms of the possession, use, cultivation and distribution of the various forms of cannabis.

THE CURRENT LAW IN BRIEF

Under the California Uniform Controlled Substances Act marijuana is a Schedule I hallucinogenic substance. With the passage of SB 1449 in 2010, unlawful possession of one ounce of marijuana was reduced from a misdemeanor to an infraction. That is similar to a traffic ticket with no mandatory court appearance and a nominal fine. Possession of more than an ounce or by anyone under the age of 18 is a misdemeanor, as is possession of any amount on school grounds. A gift or transportation of an ounce or less of marijuana is a misdemeanor. The cultivation of any amount is a felony, unless covered the Medical Marijuana Act. (Hash and other “concentrated cannabis” are treated differently, and the penalties associated with the manufacture of hashish or concentrates can be harsh depending on the method used during its manufacture.)

In 1996, California became the first state to pass a voter-approved medical marijuana program. Proposition 215 allows people with cancer, AIDS or other chronic or serious illnesses the right to grow or obtain marijuana for medicinal use with a doctor’s prescription. The wording of Proposition 215 was seen by some as unclear. Attempts have been made to clarify the guidelines in subsequent legislation.

In 2004, Governor Gray Davis signed SB 420, the Medical Marijuana Program Act. This signified a concession between patient advocates and law enforcement. It contained statewide guidelines for Proposition 215 enforcement. This included the creation of the voluntary medical marijuana patient ID card program, which is operated by counties through the California Department of Public Health. Proposition 215 allowed for the creation of patient collectives to provide medical marijuana to patients. It also contained other provisions to protect patients and their caregivers from arrest. At the time, the guidelines permitted patients up to 6 mature or 12 immature plants and possession of up to one-half pound processed marijuana.

Federal law, however, still prohibits the cultivation and possession of marijuana. Therefore, the conflict between federal and state laws continues to be played out in court. The Justice Department announced in August that the administration would give new latitude to states experimenting with taxation and regulation of marijuana. This new stance followed the legalization of marijuana for recreational use and sale in the Colorado and Washington. In sum, states where there is clear regulations and licensing, the feds will not interfere with providers complying with state laws.

Several Marijuana reform bills introduced in the state legislature last year continue to be considered. In addition, four marijuana legalization initiatives are competing for the California ballot. All four propose different changes to current California law. The most likely contender of these has been funded by the late Phil Lewis, a philanthropist and proponent of marijuana policy cannabis reform. Before his death last year, Lewis partnered with the Drug Policy Alliance and drew up the Control, Regulate and Tax Marijuana Act (CRTM). According to proponents, this initiative would:

California Democrat state party delegates recently adopted marijuana legalization in their party platform. Lt. Governor Gavin Newsom argued for the major policy change, saying “It’s time to legalize, it’s time to tax, it’s time to regulate marijuana for adults in California… you can be pro-regulation without being an advocate for drug use.”

David Hakimfar is a trial attorney and Senior Partner of Hakimfar Law, PLC, and a member attorney of Pride Legal. He can be reached at 310-730-1250.