No Apologies | The Fight Magazine 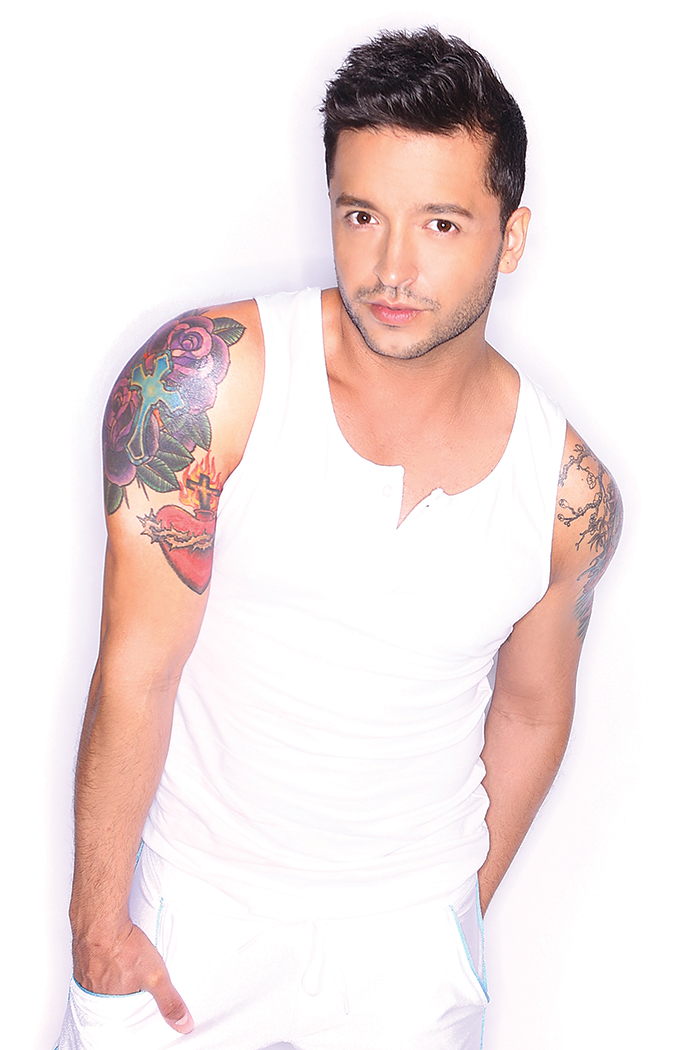 White Party Ambassador Jai Rodriguez on life after “Queer Eye for the Straight Guy,” learning to be true to yourself and pushing through doors that were not open.

IT’S BEEN SEVEN YEARS since he filmed the last episode of the groundbreaking show “Queer Eye for the Straight Guy” (where he schooled straight men about art, music and literature) and Jai Rodriguez has not strayed from doing what he loves.

Whether he’s singing his heart out on stage, working his acting chops in shows like “Malibu Country” and “How I Met Your Mother,” hosting a red carpet, or pitching ideas for new shows, Rodriguez makes no apologies—entertainment is where his heart is.

“There was a moment when my body started trembling and I wanted to say, ‘I don’t want to do this anymore’—not because I didn’t love the show, or because I didn’t think the show was groundbreaking, but I was tired of feeling like I had to
suppress who I authentically was to fit in.”

Rodriguez can now add White Party Ambassador to his lengthy resume. This year, he joins White Party founder Jeffrey Sanker in celebration of WP’s landmark 25th Anniversary, which promises to be the biggest, baddest, largest gay dance music festival in party history. He will be hosting the White Carpet festivities, where he will chat with celebrities and gaylebrities on White Party night at the Palm Springs Convention Center. He is also a recipient of the newly-created “White Party Palm Springs Icon Awards.”

In an interview with THE FIGHT, America’s gay sweetheart dishes about boys, his first White Party experience, life after Queer Eye, learning to be true to yourself and not giving a damn what others think.

WHAT DOES A WHITE PARTY HOST DO, ACTUALLY?

There is an actual white carpet where different celebrities walk down, so I’ll be interviewing them. There’s going to be a lot of gaylebrities, as I like to call them, a lot of allies and a lot of the music performers. It’ll be super fun.

TELL US ABOUT YOUR WHITE PARTY EXPERIENCES.

I’ve done White Party twice. When I first moved here, I was super intimidated by it, because I didn’t know anyone. I decided I wasn’t going to have a good time and I was so guarded that I kind of didn’t. Then last year I went with a better attitude and I had the best time. It really is what you make of it. I hung out with my core group of friends and we had a blast.

WHITE PARTY TURNS 25. WHERE WERE YOU AT THAT AGE?

I’d been nominated for my second Emmy. I had already won one. I had a best seller. I’ve been on Broadway, I’d been in soaps. At 25, I had a one-man show on Broadway. I needed to start creating new goals, because the goals I had set as a teenager, I had accomplished. And that was not for nothing more than a lot of hard work and really, really pushing through doors that were not open.

YOU WERE 23 WHEN YOU LANDED QUEER EYE. HOW DID THAT HAPPEN?

I was on Broadway since I was 18. I was the youngest person ever cast in a leading role on Broadway for “Rent.” On my off nights I created this cabaret night—basically what drag queens did—but I was a dude doing top-40 music and telling stories about my week. The producers saw me doing my thing and they thought I was the right energy and after meetings and stuff, they plugged me into the show.

DID YOU HAVE TO WALK THROUGH A LOT OF FEAR DURING THE SHOW?

A lot—especially when I was on “Ellen” and “Oprah.”

“Queer Eye” was not supposed to be this big thing. I felt like I was being false, but to say that I wasn’t the Puerto Rican Emily Post would have put in question whether the other guys were faking it as well. They were experts. I was the only actor who was hired to try to help men live a better life. It was a hard thing, because I had such a limited life experience. I’ve never told anyone in the media this, but I remember in the beginning of Season 2 all the contracts were signed and the creators and producers sat us down and said, “If anyone wants off of this fast-moving train, now is the time to speak up.” And I’ll tell you, there was a moment when my body started trembling and I wanted to say, “I don’t want to do this anymore”—not because I didn’t love the show, or because I didn’t think the show was groundbreaking, but I was tired of feeling like I had to suppress who I authentically was to fit in.

I was 19. It was at a club called Tunnel and the night was called Curfew. It was 18 and older night. I had the best time. I stayed till four in the morning and I met my first boyfriend there. I really started partying during Queer Eye. I would go to clubs till closing.

WHAT KIND OF GUYS ARE YOU INTO ON A SHALLOW, SUPERFICIAL LEVEL?

If we’re really going to be honest, a great ass will always capture my attention. Usually I see the face second, which can be a problem. I’m not the gay who likes straight guys. I have enough issues with my self-esteem. I don’t need you not liking my gender. You have to be into me if you want to get naked with me.

WHAT ADVICE DO YOU HAVE FOR PEOPLE ATTENDING WHITE PARTY?

On Saturday, you have to go to the pool party. I would say, make sure you have more water than you want to, so you’re not too tired to go out at night. Put on some sunscreen, because it’s the worst having a sunburn all day on Sunday. You definitely, definitely don’t want to miss the T-Dance this year. It’s going to be epic. I think they’re having two Ferris Wheels, so it’s bigger and better.

THE BIG QUESTION IS, WHAT ARE YOU GOING TO WEAR?

I have no idea. In my mind, I see a really great white tank top with white tuxedo shorts with like some embellishment down the side and a great pair of sneakers. That would be cool, but I don’t know if that’s going to happen.

WHAT DO YOU THINK THE FUTURE HOLDS FOR YOU?

I’m like in this weird age where I feel I only get to go around once, so I’m definitely trying to live life with integrity, and a strong sense of self. I make no apologies and I don’t really care what others think. I’m open to becoming the Puerto Rican Neil Patrick Harris. He’s managed to do everything. He’s doing the “Hedwig and the Angry Inch.” He hosts TV shows. You forget he was Doogie Howser and you even forget he’s gay. I want a career like that where I can explore all facets of what I do.

For more info on the White Party in Palm Springs visit: JEFFREYSANKER.com.