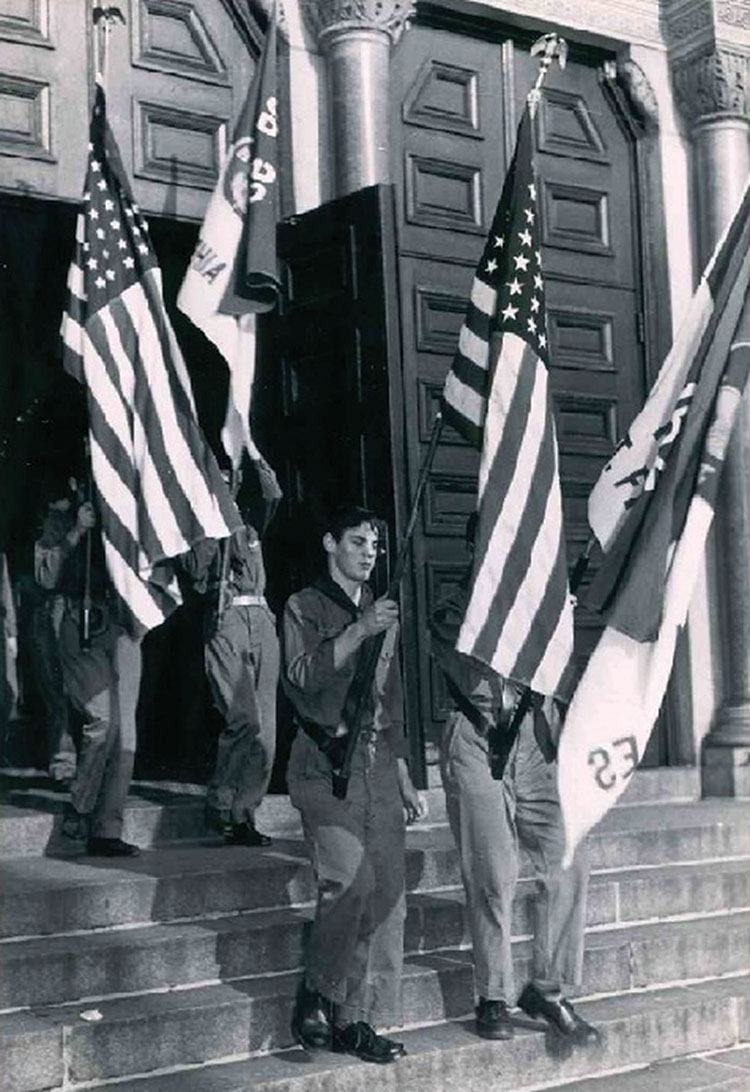 JUDGES MAY BE BARRED FROM BOY SCOUTS

> California’s judicial branch is seeking public comment on a proposed rule that would prohibit judges from belonging to the Boy Scouts of America on grounds that the group discriminates against gays, reports The Associated Press.

In 1996 the state Supreme Court banned judges from belonging to groups that discriminate on the basis of sexual orientation, but made an exception for nonprofit youth organizations. The decision was made to accommodate judges who serve as leaders for their sons’ Scout troops, according to the Los Angeles Times.

An ethics advisory committee to the high court said last month that eliminating the exception would “promote the integrity of the judiciary” and “enhance public confidence in the impartiality of the judiciary.” The committee is composed of judges and a lawyer for the chief justice.

The Boy Scouts decided last year to permit for the first time the participation of openly gay boys but to continue prohibiting gay and lesbian adults from serving as leaders.

The deadline for submitting comments is April 15.

Following public comment, the California Supreme Court will decide whether to approve the prohibition, proposed to take effect in August, the Times said.

Of 47 states that ban judges from joining discriminatory groups, 22 states, including California, include a bar on groups that show bias on the basis of sexual orientation. California is the only one of these that makes exceptions for youth groups, the ethics committee said.

> San Francisco prosecutors say a man has been found guilty for an attack on a woman during the city’s gay pride festivities that was caught on surveillance video, reports LGNTQ Nation.

The district attorney’s office told the San Francisco Chronicle that 23-year-old Christopher Porter-Bailey of Oakland was convicted of robbery, assault and battery last month. He could get eight years in prison at sentencing.

Police said surveillance video of the June 30 attack showed Porter-Bailey kick the woman in the face while she is on the ground, seemingly for no reason. The woman had been robbed of her purse and cellphone by a group of suspects, and the kick to the head knocked her unconscious.