The Education Of Andy Cross | The Fight Magazine 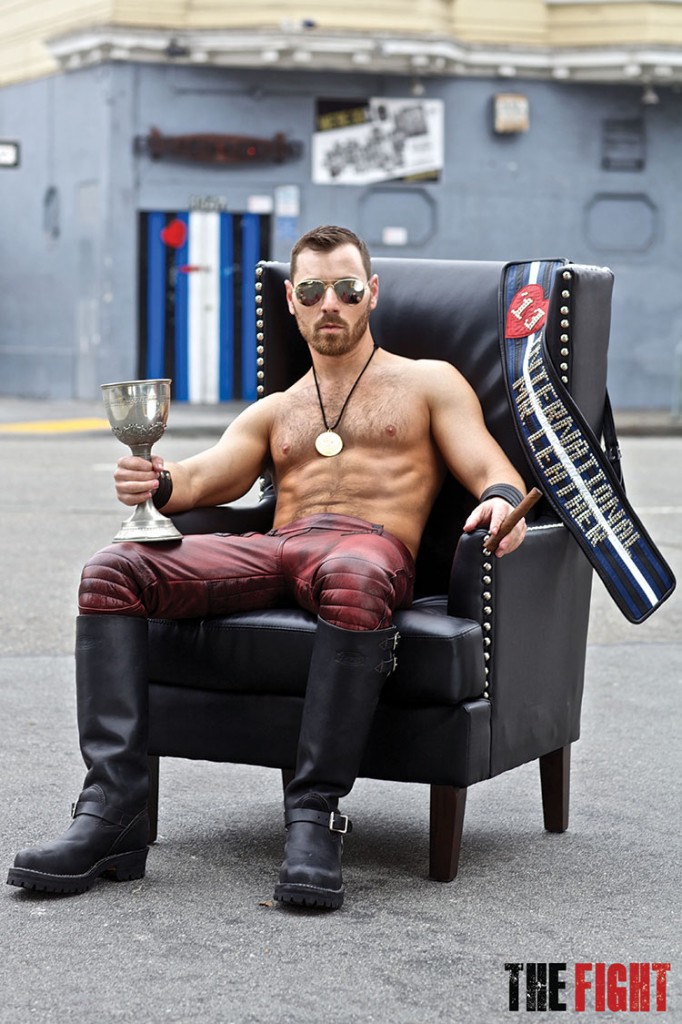 INTERNATIONAL MISTER LEATHER (IML) is an international conference and contest of leathermen held annually since 1979.

In an interview with THE FIGHT the California native talks about coming out, getting into leather and finding family at the Powerhouse in San Francisco.

WHAT WAS IT LIKE GROWING UP AS A GAY KID IN SANTA MARIA?

Well, it wasn’t exactly the best place to grow up as a young gay guy looking for some action. Not that it was exactly the worst place by any means though. There was no outward persecution of gay people, no horrible acts of intolerance or any of that. It was just a small, boring town. The worst thing was the feeling that I had nothing in common with the rest of the people there. A lot of my friends were interested in raising cows for the county fair while I was much more interested in the cowboys. I knew of no other gay person, no role model or friend that could really understand. I remember just feeling suffocated.

WHEN DID YOU COME OUT TO YOURSELF, YOUR FAMILY, YOUR FRIENDS? WHAT WERE THEIR REACTIONS?

Like a lot of people, I suppose I always knew I was gay. I admitted it to myself around the time I graduated high school. I was dating a girl, and we messed around but I had no interest in “going all the way.” By this time I met a friend who I could confide most of my feelings to and she asked me my why I was dating this girl… and I said the first thing that popped into my head. “Because she looks like Britney Spears!” I blurted. We laugh about it to this day.

I have a pretty remarkable family and coming out to them was fairly painless. After I left Santa Maria I only really went back for big events or holidays. I had myself prepared for a big dramatic coming out with the possibility of having to leave. After I told my mother she very matter of factly said that she doesn’t care about that and never will and she loves me no matter what. I found out from a cousin later that everyone had pretty much known for quite a while and had placed bets on which holiday “it” would happen.

WHEN DID YOU REALIZE THAT YOU WERE INTO LEATHER?

My uncle came to visit us one time while I was a young boy. He rode his motorcycle and wore a black leather jacket. It was the hottest thing. That picture always stuck in my head. When I was older I discovered images by Tom of Finland and a whole world opened up. Leather to me has always been extremely masculine and sexy, and still is.

WHAT ARE THE MOST COMMON MISCONCEPTIONS GAY FOLKS HAVE ABOUT THE LEATHER COMMUNITY?

I’ve been told that “leather” can be intimidating, and it definitely can be! I know! I was extremely intimidated when I first started with the leather community. Walking into a bar of large leather clad men can be a little scary for the first time. I wasn’t sure if I was dressed correctly or doing things properly or acting like an idiot. The thing that shook me out of it was overhearing a conversation between two VERY hot men about who they thought should win American Idol that year. I dawned on me that everyone there was just as gay as I was and that I was over-thinking this whole thing.

YOUR JOURNEY TO BECOMING INTERNATIONAL MR. LEATHER 2013 STARTED AT THE POWERHOUSE IN SAN FRANCISCO. CAN YOU GIVE US A BRIEF OVERVIEW OF THE EVENTS LEADING UP TO WINNING THE TITLE.

I first stepped foot in the Powerhouse bar in SF because I read a sex story about it when I was younger. I figured it would be everything I had imagined. Well, it wasn’t. I went in on an off night where there was probably 5 people in the whole place. The bartender told me to return on Saturday for more of a crowd, which there was. It became my hangout and was soon asked it I wanted to go-go dance. That was about 8 years ago, and I still do it.

The Powerhouse is also home of the “Bare Chest Calendar,” a fundraising calendar for “AIDS Emergency Fund.” I had seen Calendar Men at various events and always thought it would be a fun, sexy thing to do. I mean, if you’re going to volunteer you might as well do it with shirtless guys, right? That was my thought anyway. I decided to try out for the calendar and had the pleasure of being Mr. May 2012.

Because of my history with the Powerhouse and the calendar—I was encouraged to run for the Mr. Powerhouse Leather title—which feeds into the Mr. San Francisco Leather title. I ended up winning both and progressed to International Mr. Leather that takes place in Chicago. I ultimately ended up with that title as well…

The Powerhouse is definitely a family. In fact the first person to hug me backstage after I won the title was Scott, the manager of the bar and the one who first asked me to go-go dance.

WHAT ARE YOUR DUTIES AS INTERNATIONAL MR. LEATHER? HOW HAS THE EXPERIENCE BEEN FOR YOU? WHAT ADVICE WOULD YOU GIVE TO THE UPCOMING WINNER?

The only official duty as International Mr. Leather is to judge the next year’s contest. That’s it. Everything else is completely up to you. I decided after I won that I would try to travel as much as I could. When else in my life will I get this chance? Not only is it great to see different places and meet such great people but, as corny as it might sound, I believe it helps bring the leather community closer together and it also makes me feel satisfied. If I can help solve a problem someplace by telling what another community did in a similar situation or talk about my leather journey to queer teens in Alaska, I feel great about it. I’ve also been to places where no IML has ever been and seen them pull out the red carpet, literally, and essentially show off about how proud they are. Not that I think it’s all about me by any means mind you.

A mentor of mine, Patrick Mulcahey, once said in a speech that “It doesn’t matter what we come together for. It matters that we come together.” If I can somehow help facilitate that meeting by visiting places or judging contests or giving interviews I am happy to do so.

My advice for the next IML would be to brace yourself. Whether you believe it or not, you’re in for the most eventful year of your life. 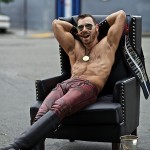 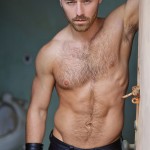 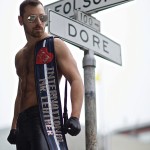